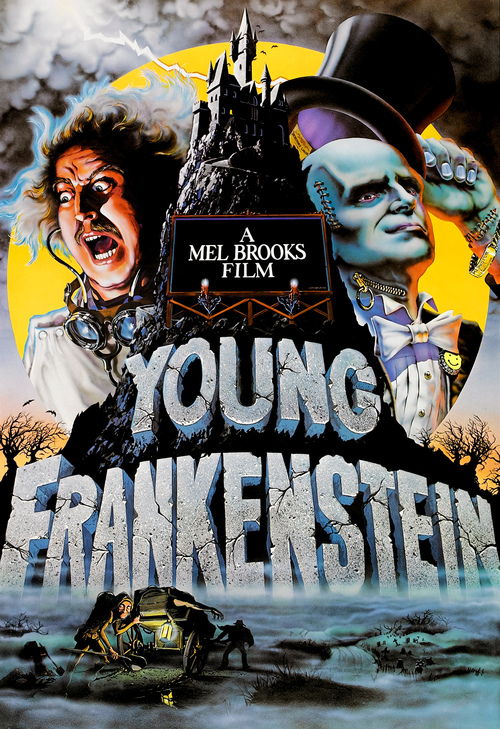 Dr. Frankenstein ("That's Fraunken-stein!") wants to create life out of dead tissue. He's got the body, but needs the right brain. His assistant Igor (actually "Eyegor," played by bug-eyed Feldman) is sent to retrieve it, but comes back with the wrong item (a brain belonging to "Abby Normal!"). Before the mistake is discovered, the mad doctor has indeed created a monster (Boyle). But even though the big boy definitely has his rough edges, he can still do a mean soft-shoe!

Don't miss this no-holds-barred spoof of the old Frankenstein movies as conceived by comically demented director Mel Brooks and star Wilder, who collaborated on the Oscar-nominated script. The Brooks/Wilder team first set out to create complete authenticity in look and feel, with black and white photography and actual props from the old Universal productions. They then mixed in a rogue's gallery of top comedic actors, including Madeline Kahn as the Doctor's fiancée, Kenneth Mars as the local police chief, and Cloris Leachman as the infamous Frau Blucher. Even if you've seen "Young Frankenstein" before, see it again, as this side-splitting comedy only gets better with repeat viewings.