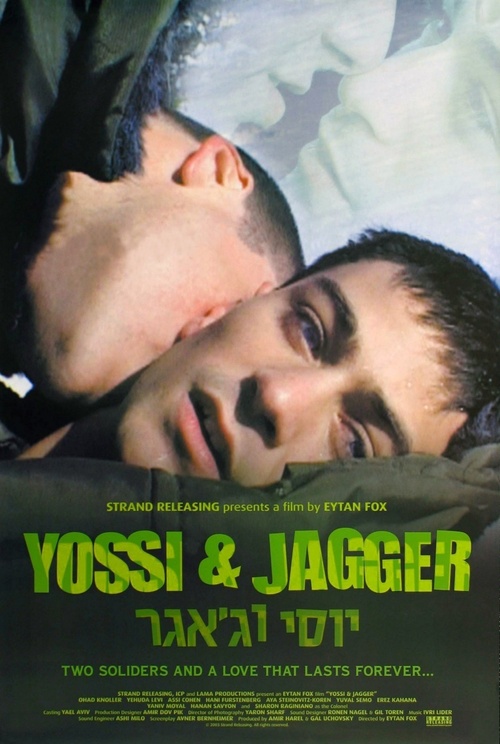 Stationed at a cramped base on the snowy border of Hezbollah-controlled southern Lebanon, macho Israel Defense Force soldier Yossi (Knoller) sneaks off on missions with his clandestine lover, rock-star-handsome platoon leader Jagger (Levi). Yossi is much less comfortable with his sexuality and irritated by Jagger's romantic fantasies and desire to declare their love. The arrival of two game, attractive female soldiers, Goldie and Yaeli (Furstenburg and Steinovitz), eventually throws their passion into high relief, on the eve of their most dangerous cross-border patrol.

It may seem like a stretch, but this witty, unusually frank love story between two gay Israeli soldiers deals intelligently and wryly with the complexities of intimacy, sexual politics, and group psychology. (Certainly it was effective enough to displease the ultra-conservative IDF). Under Fox's direction, Knoller's machismo plays well off Levi's more gushing, free-spirited charisma, setting up a wholly credible relationship conflict. With an able supporting cast and a taut script by Avner Bernheimer, Fox's "Yossi & Jagger" depicts a soulful romance unfolding in the shadow of war.

You Ain't Seen Nothin' Yet!