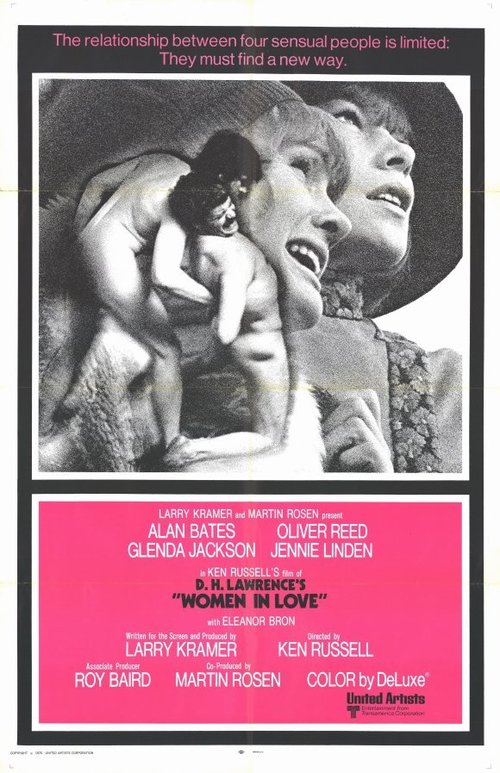 In 1920s England, at a picnic in honor of their newly married friends, bosom buddies Gerald (Reed) and Rupert (Bates) meet and fall in love with free-spirited artist Gudrun (Jackson) and her schoolteacher sister, Ursula (Jennie Linden), respectively. After a brief courtship, Gerald marries Gudrun and Rupert weds Ursula. But during a honeymoon vacation in the Swiss Alps, their relationships veer onto wildly divergent paths.

This intelligent, passionate adaptation of the D.H. Lawrence novel by British director Ken Russell fuses romantic classicism with frank talk, as the frolicking foursome openly discuss their philosophies of love and desire, friendship and commitment. Reed and then – unknown actress Glenda Jackson are especially compelling as the couple whose marital life is corrupted by her frivolous affair with a bisexual painter in Switzerland. Russell has an eye for the striking and extravagant, like the nude fireside wrestling match between Gerald and Rupert, and such daring, unexpected episodes are part of the film's enduring appeal. What's not to "Love"?

Women on the Verge of a Nervous Breakdown