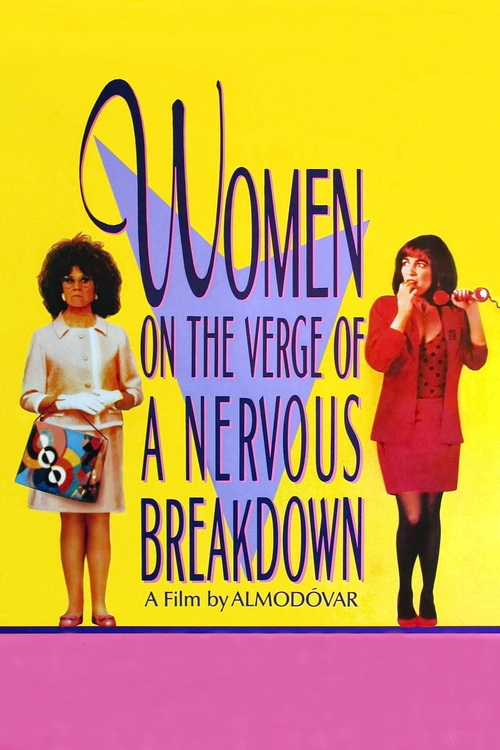 Women on the Verge of a Nervous Breakdown

When pregnant Spanish actress Pepa (Maura) finds out that her longtime lover Ivan (Fernando Guillén) is leaving her for good, she tries to track him down. Instead, she discovers his secret life, including wife Lucia (Julieta Serrano). Contemplating suicide, the distraught Pepa mixes up a gazpacho spiked with sleeping pills and puts her flat on the market, but is interrupted by her panicked best friend Candela (Barranco), followed by wave after wave of unexpected visitors.

Almodovar's first international hit, this kinetic, farcical romp mixes up absurd comic situations and bizarre, coincidental encounters between ex-lovers, jealous wives, Shiite terrorists, and sexy apartment seekers. Maura heads up a terrific cast, playing the hysteric Pepa with pathos and manic passion, while Barranco and Serrano (as Ivan's unhinged, gun-toting wife) are brilliantly zany. Watch for future Hollywood star Banderas in a small but memorable role as Ivan's randy son. No one does screwball comedy like Almodovar, or loves these "Women" quite as much.

Won't You Be My Neighbor?