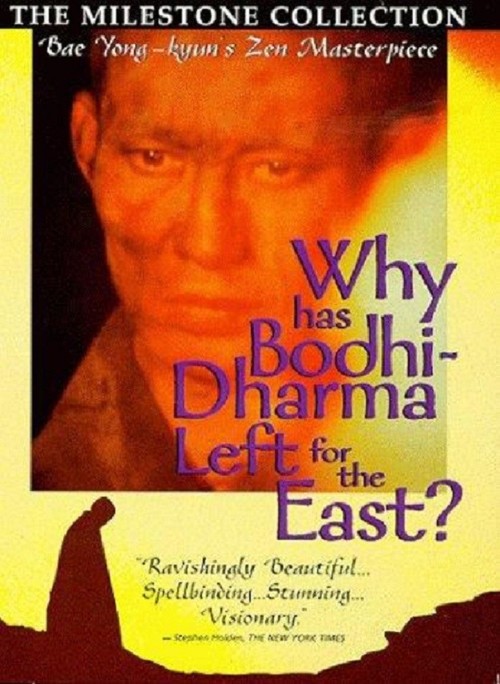 Why Has Bodhi-Dharma Left for the East?

At a remote mountaintop retreat, an aged, ailing Zen master (Pan-Yong) shares his spiritual wisdom with a young monk (Sop) and an orphan boy (Huang) he has taken in out of kindness. The days pass slowly, but bit-by-bit, through an ascetic regimen that honors the inevitable cycle of life, death, and rebirth, the two acolytes are guided along the path of enlightenment.

Bae Yong-Kyun, a painter by trade from South Korea, spent years laboring over this profound film, a kind of tone poem that attempts to express what is ultimately inexpressible: the sublime nature of spirituality. In place of dialogue and narrative action, he gives us some of the richest life lessons – and the most spellbinding images of nature – you are likely to see in a movie. Whether you think of it as a Buddhist riddle (termed a “koan”), a mystical allegory, or an inner-world travelogue; if you’re in the right frame of mind, you will surely be fascinated by Bae’s profound, visually arresting film.