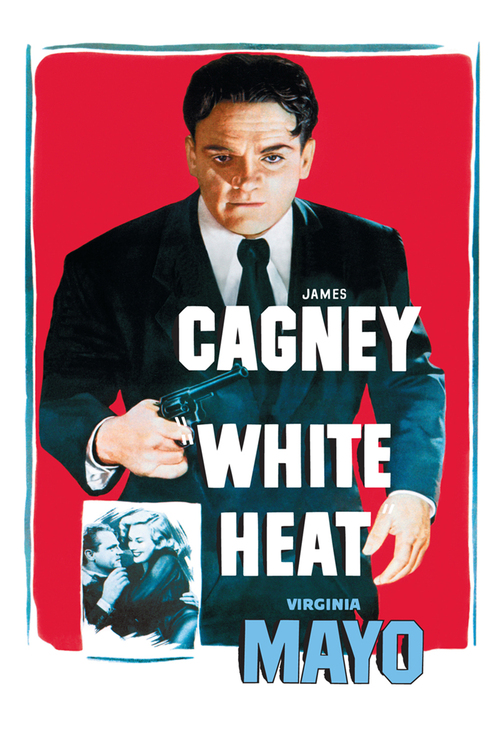 This film follows twisted path of one Cody Jarrett (Cagney) a hardened career criminal whose profound mental illness manifests itself in blinding headaches and an intense mother fixation. His psychosis doesn't hold him back from an aggressive spree of robbing and killing, however. When Cody winds up in jail on a relatively minor charge, the authorities place undercover cop Hank Fallon (O'Brien) in his cell. Later, when the two are sprung, Hank joins the Jarrett gang, and from the inside, starts to accelerate Cody's undoing.

Raoul Walsh's dynamite gangster picture is so much more than a re-tread of the early thirties gangster classics that made Cagney a star. Here we are less concerned with the cat-and-mouse aspects of the story (though they are plenty diverting), and more focused on the progressive mental disintegration of the central character. Cagney is outstanding as Jarrett, a man whose own demons may consume him before the police finish the job. Electrifying stuff, and a Cagney peak.