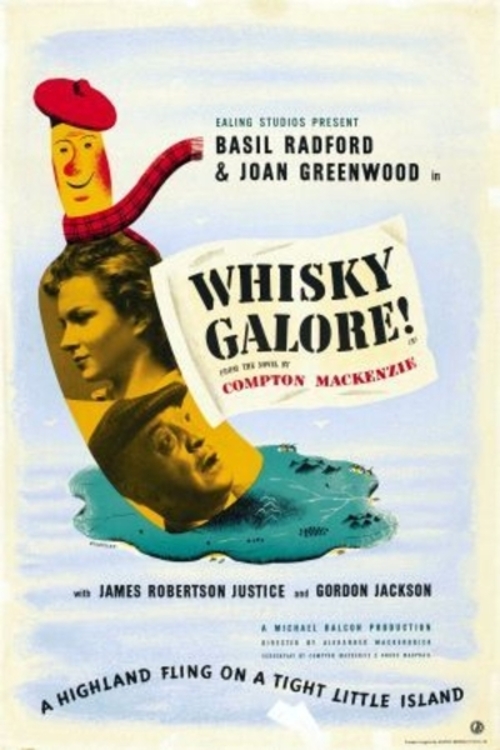 In the midst of World War II, the inhabitants of the remote Scottish island of Todday find that their beloved whisky—their lifeblood—has run out. This throws the townsfolk into spirals of despair. However, when a cargo ship packed to the gills with crates of whisky runs aground just off the beach, it seems salvation has come. Though priggish Capt. Paul Waggett (Radford) tries his best to stop the locals from poaching the precious booty, the crafty, extraordinarily thirsty villagers are determined in their quest.

This Ealing Studios gem is a gut-busting, liquor-soaked romp that will leave you pleasantly woozy. Radford’s hilariously inept English solider is the pitch-perfect straight man to set against a well-cast rogues’ galley of rough-hewn, bearded Scots hell-bent on getting their hands back on the “elixir of life.” Amidst the rollicking ruckus, two sisters (the alluring Greenwood and Blunt) marry their gentle gents; a spineless teacher (Jackson) learns to stand up to his monstrous mother, and life in a small Scottish town, bursting at the seams with a host of colorful characters, unfolds before your eyes. British comedy fans, be sure to sample this “Whisky”!