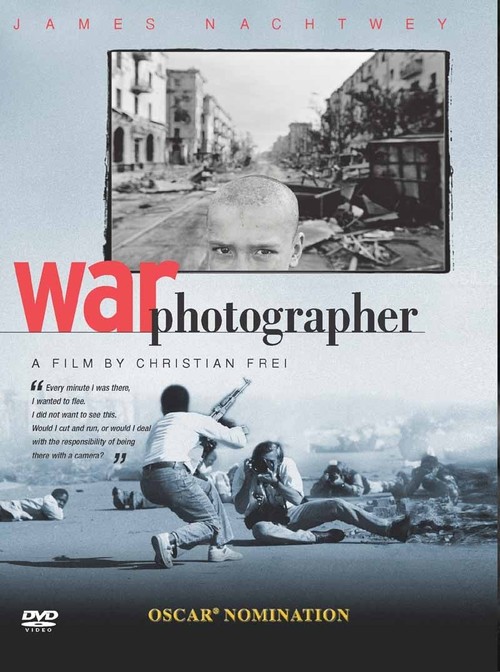 For over 20 years, photojournalist James Nachtwey has traveled the world, documenting conflict, poverty, and devastation, often risking his life in the effort to be an eyewitness to human suffering. In this very up-close-and-personal documentary, we follow the award-winning photographer into the field, peeking over his shoulder while he snaps images from Kosovo to Rwanda, while various colleagues attest to his idealism and rock-solid character.

Nominated for an Oscar, Frei's ever-fascinating portrait honors the work of a man who makes visible the misery of others because he believes ignoring famine or genocide is tantamount to endorsing it. Self-effacing and soft spoken, Nachtwey has a reflective nature and, remarkably, none of the masculine bravado we normally associate with war correspondents. Frei's coup de grace, however, is mounting a tiny camera on Nachtwey, recording him as he chokes on tear gas, eludes snipers, and otherwise attempts to survive his noble calling.