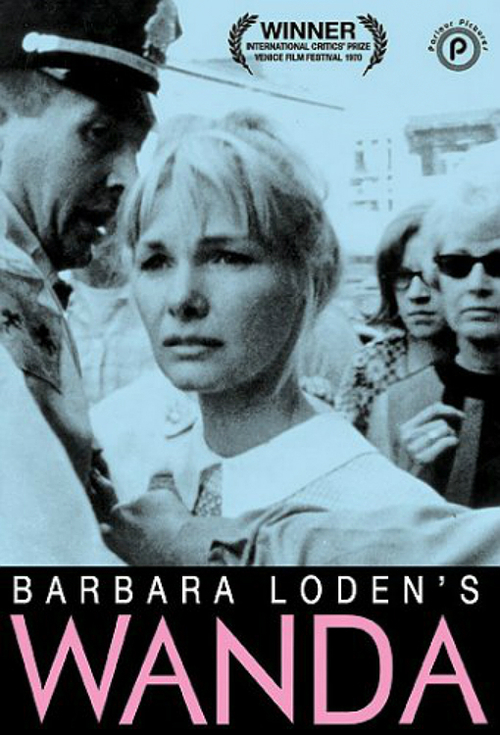 Adrift and penniless in a bleak, industrial mining town after agreeing to give up custody of her children, Wanda (Loden) is a desperate, lonely young woman with precious little self-esteem. One night, she wanders into a bar just as a middle-aged thief named Dennis (Higgins) is cleaning out the register. Seemingly indifferent to the danger, she embarks on a fateful road journey with the callous crook.

Best known for her role in "Splendor in the Grass," directed by husband Elia Kazan, Loden was a ravishing beauty who transformed herself into a wayward housewife-in-curlers for this absorbing, ultra-realistic character study. Part of a short-lived trend of hard-hitting women's films in the early '70s, "Wanda" remains compelling for Loden's uncomfortably downcast performance, the gritty 16mm look of its rundown locales, and Higgins's marvelously inscrutable turn as a fledgling bank robber. Sadly, this was Loden's only directorial effort. Despite its low-budget aesthetic, "Wanda" shows a depth of emotion and low-key anger few films can match.