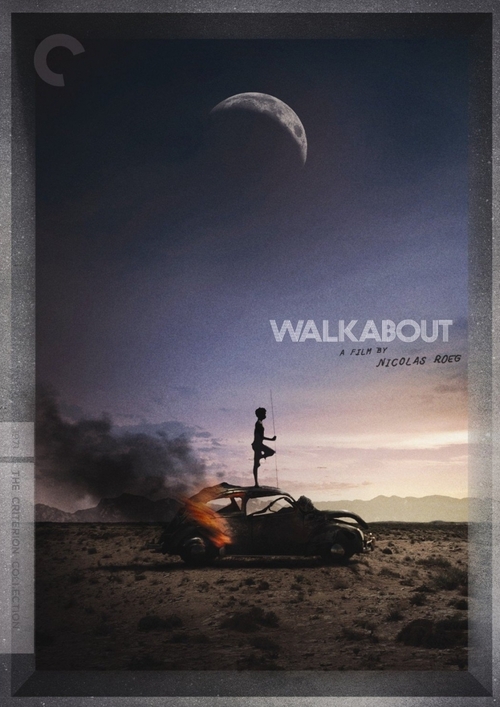 After a horrific incident leaves them stranded in the Australian Outback, a 14-year-old English schoolgirl (Agutter) and her toddler brother (John) flee the spot where they've been picnicking with their father. After a few days of wandering, they encounter a teenage Aborigine (Gulpili) on "walkabout," a coming-of-age ritual that involves surviving alone off the land. Together, the three youths embark on a journey of discovery that will leave none of them unchanged.

This visually ravishing and often surreal coming-of-age story put Roeg, a highly accomplished cinematographer, on the map as a director. Interlacing jarring, primal images of the otherworldly Outback terrain and its inhabitants — lizards, ants, and larger beasts, often devouring one another or feasting on corpses — with the narrative story of three innocents in the wilderness, "Walkabout" is at once an art film, nature documentary, and mesmerizing fable. Gulpili, playing the kangaroo-spearing, boomerang-slinging aboriginal teen, is arresting to watch, especially when he performs a bizarre mating dance for Agutter. Roeg works in scenes of joy and tranquility that also highlight budding sexuality, a powerful undercurrent in this fascinating Australian drama.