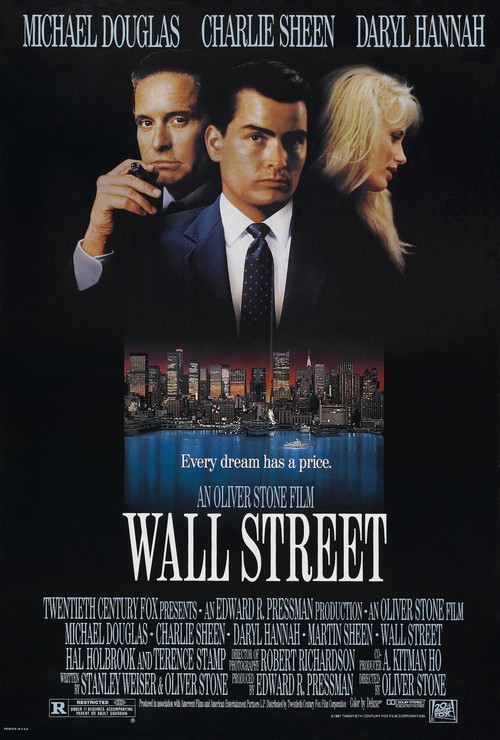 Bud Fox (Charlie Sheen) is a hungry young broker who makes a Faustian bargain by becoming the loyal acolyte of oily, ruthless trader Gordon Gekko (Douglas). Dazzled by all that money can buy, Bud sacrifices the values of balance and fair play instilled by his bewildered blue-collar dad, Carl (Martin Sheen), to ride high on Gekko's coattails — at least until their spectacular fall.

Oliver Stone's poisonous ode to the "go, go 80s" hinges on Douglas's bravura, Oscar-winning portrayal of Gekko, seemingly a composite of Michael Milken and Ivan Boesky, whose mantra "greed is good" justifies any means to execute the big deal, including insider trading. Subtle it's not, but then neither was the time, nor its players. Director Stone (whose father was a broker) expertly evokes the dizzying altitude of the mega-wealthy; young Charlie Sheen is perfectly cast as a misguided but willing pawn in a high-stakes game that feels too good to be true (and is); and of course, Douglas was never better.