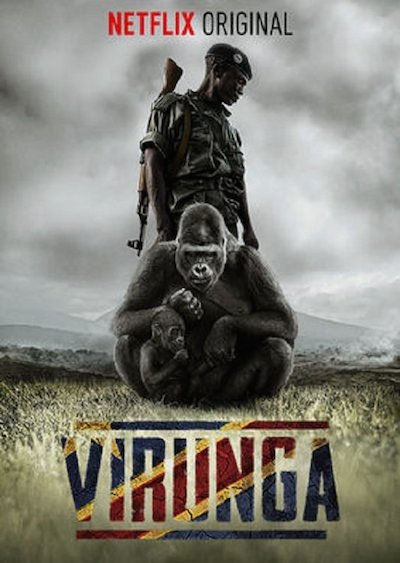 Virunga National Park, a UNESCO World Heritage site in the Democratic Republic of Congo is home to remarkable flora and fauna, including the regal, endangered mountain gorillas. Under siege for decades by poachers, the simians are protected by a team of park rangers under the steadfast Chief Warden de Merode. In 2012, SOCO, a large British petroleum company, prepares to test for oil in the park with little regard for the environment. At the same time the M23 rebel army attempts a coup and wreaks havoc on the region.

This arresting Oscar-nominated work seems to unfold in real time, as vibrant and exciting as a suspense film, especially in scenes of the rebel soldiers closing in on the park. De Merode is prepared to die for his gorillas, as are many of the rangers; indeed, after working to divulge SOCO’s plans, he was attacked and shot (thankfully, he survived.) French journalist Gouby also risks her life to uncover shady oil interests and corrupt rebel soldiers who seem to be in SOCO’s pocket (the company denies this). Urgent, compelling and heartbreaking, “Virunga” is as breathless as it is beautiful.