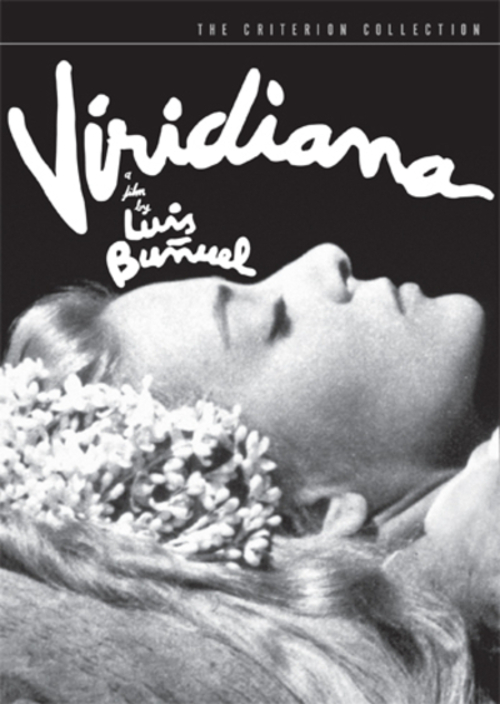 Just days before she's to take vows, the young nun Viridiana (Pinal) is ordered by the mother superior to visit her ailing uncle, Don Jaime (Rey), a wealthy man she barely knows and has no feelings for, but who has supported her through the years. Viridiana, it turns out, bears a striking likeness to her aunt, Don Jaime's deceased wife. In a moment of craven weakness, he attempts to force himself on his niece; he then kills himself in remorse, leaving her his vast estate. Against the wishes of her cousin, Jorge (Rabal), she turns it into a shelter for the poor.

Perhaps the crowning achievement in Buñuel's oeuvre, "Viridiana" details the efforts of a virtuous former nun to minister to the poor after she's irrevocably changed by a fateful encounter. As you might expect from Buñuel, a lifelong critic of church, state, and bourgeois society, the effort is disastrous, culminating in a black-comic tableaux of decadence in which the petty, spiteful miscreants and beggars take over the mansion. The infamous recreation of Da Vinci's "Last Supper" is only one of the myriad poetic images you won't soon forget. Pinal is a radiant presence, especially playing off the rugged Rabal as the libertine Jorge. Banned in Spain until 1997 for blasphemy and obscenity, "Viridiana" is a brilliant, cutting examination of faith and depravity by a Spanish master.