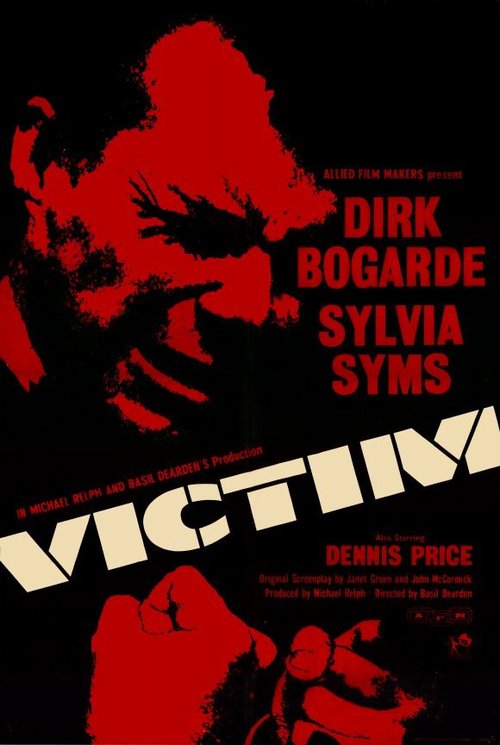 Prominent British barrister Melville Farr (Bogarde) finds himself in a tight spot. A male friend with whom he had a dalliance long ago is in trouble, needs money and guidance, and repeatedly asks for help. After his pleas are rejected, the man commits suicide. Guilt-ridden, Farr looks into the case further and uncovers a blackmail ring targeting homosexuals. He then resolves to investigate further, risking his own career and marriage. What's an upstanding citizen to do, with so much to lose?

Basil Dearden's tense, gripping drama was daring for the time in addressing the victimization of closeted homosexuals by unscrupulous criminals. Bogarde is superb as Farr (no relation), and Syms is equally compelling as his stoic wife. This landmark film helped accelerate the reform of longstanding laws outlawing homosexuality in Britain.