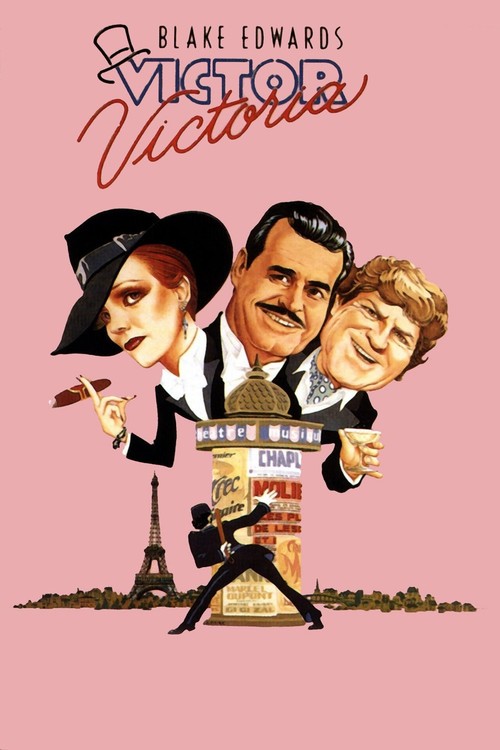 In 1930's Paris, struggling chanteuse Victoria (Andrews) teams up with gay colleague Toddy (Preston) to execute a daring masquerade: Victoria will become Victor (offstage), and then will cross-dress for her onstage act. In effect, she'll be a woman playing a man playing a woman. With Toddy's enthusiastic support and encouragement, Victoria/Victor pulls it off, and his/her act captivates the City of Lights. When American King Marchand (Garner) comes on the scene, he finds himself drawn to Victor, which distresses him greatly. He's always liked women- what could be the matter with him?

Blake Edwards's musical triumph and an ideal late-career showcase for real-life wife Andrews, this dazzling picture employs the venerable talents of tunesmiths Henry Mancini and Leslie Bricusse, not to mention reuniting Garner and Andrews almost twenty years after they made "The Americanization of Emily." The late, great Robert Preston nearly steals the film as Toddy, along with Lesley Ann Warren, who does a deliciously dizzy turn as Norma, the film's decorative dim bulb. Now, that's entertainment.