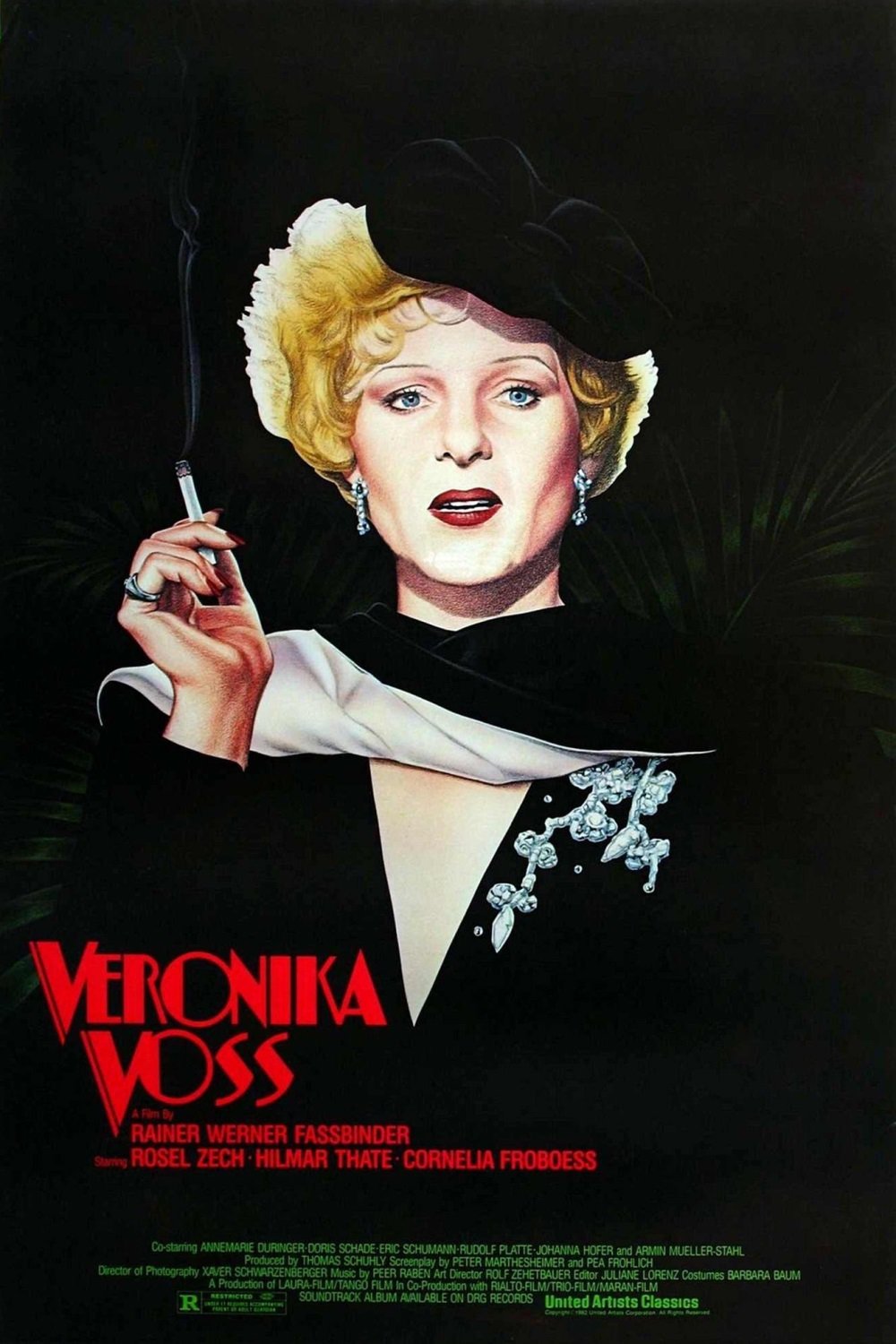 One rainy night in Munich circa 1955, sports reporter Robert (Thate) offers former movie star Veronika Voss (Zech) an umbrella. Initially he doesn’t know who she is, but is drawn to her striking (and somewhat) imperious presence. The two become involved as Veronika tries to revive her career, which peaked during the war when she was a favorite of Joseph Goebbels. But she is now under the control of the nefarious Dr. Katz (Duringer), a syringe-wielding neurologist who hooks her clients on opiates and proceeds to bleed them dry.

The second film in Fassbinder’s “BRD Trilogy” is based on real life actress Sybille Schmitz, and owes a huge thematic debt to Billy Wilder’s “Sunset Boulevard”. Shot in luscious black and white, the moody lighting yields to blinding white in the doctor’s office, which lends those scenes a stark, nightmarish hue. Zech is superb as the title character, who views herself as a beautiful reminder of pre-war Germany and its idealistic dreams. Foretelling Fassbinder’s own death from drugs just months after its win at the Berlin Film Festival, his penultimate film stands as a gorgeous, bizarre and devious satire. Fassbinder fans, meet “Veronika.”