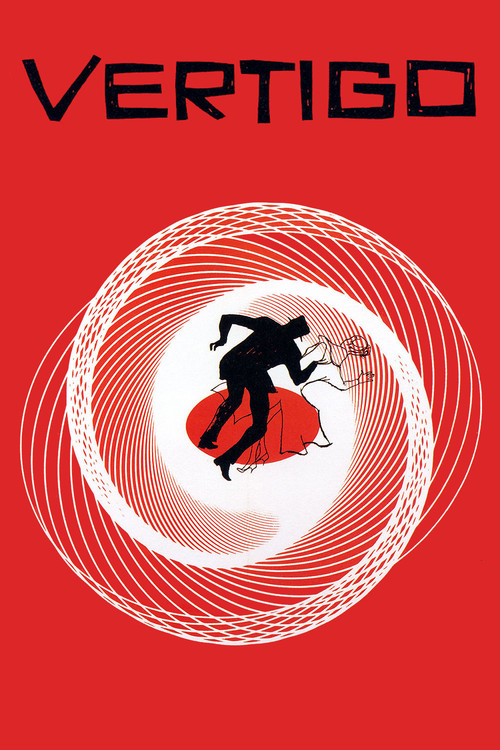 Scottie Ferguson (Stewart) is a police officer who learns too late that he's afflicted with vertigo. Sidelined from the force by the accident that revealed his condition, Scottie is enlisted by Gavin Elster (Helmore), an old school chum, to follow his wife Madeleine (Novak), who is behaving oddly and may be in emotional distress. Reluctantly, Scottie agrees and soon finds himself embroiled in a mystery where obsession, deceit, and murder all play a role, and where his own paralyzing fear of heights will be tested yet again.

Hitchcock's psychological tingler was not a huge success on release, but understandably has achieved cult status over time. Ambitious, dense and more than slightly twisted, "Vertigo" is both an elaborate puzzler and a meditation on man's basest fears and desires. Though perhaps a trifle old for the part, Stewart brings a barely suppressed desperation to Scotty that resonates, while Novak is ideal in a dual identity role, playing Madonna-like Madeleine, and the garish, earthy Judy, whom Scottie meets later in the saga. Glorious San Francisco locales, and a peerless Bernard Herrmann score complete this winning package from the master of suspense.