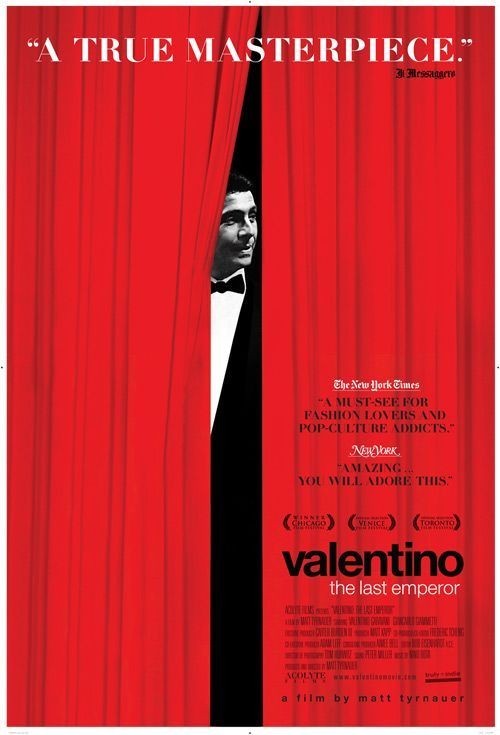 After opening his own fashion house in 1959, Valentino Garavani quickly established himself as one of the leading haute-couture designers in the world, famed for his sleek, sophisticated updates on classic European wear. This documentary traces his extraordinary life and times in the fashion trade, zeroing in on Valentino’s 50-year collaboration with business partner and longtime companion Giancarlo Giammetti, dropping in on their creative meetings, lavish parties, and high-profile runway shows.

Matt Tyrnauer’s celebrated docu-portrait of a fashion icon begins with the designer’s 75th birthday party and final show, then arcs backward to detail Valentino’s rise in the industry and the building of his branded, one-of-a-kind empire. Valentino is a fascinating interview subject, gabbing about his clothes, his ladies (Jackie Kennedy was a personal client), his beloved pugs, and his many inspirations, as well as changes he and Giammetti have seen on the business side over the past half century. Valentino’s influence on style is inarguable, and this documentary, like its subject, is dressed for success.