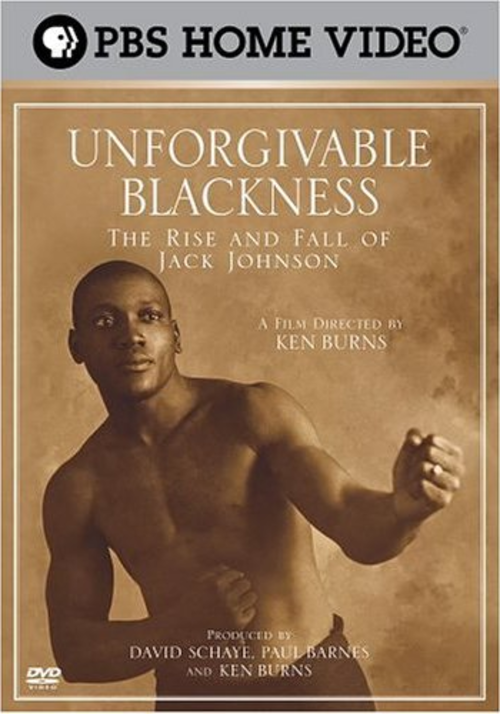 Unforgivable Blackness: The Rise and Fall of Jack Johnson

In 1908, Jack Johnson became the first African-American Heavyweight Boxing Champion of the World. This extensive documentary recounts Johnson’s life up to that point and beyond, most notably the 1910 bout when Johnson would defeat Jim Jeffries, sparking race riots across the land. Not only did Johnson taunt his opponents in the ring, he also flaunted the laws and mores of the times by consorting openly with white women. Johnson was everything that America then feared: a bold, successful black man.

This Emmy winning portrait of prizefighter Johnson makes full and effective use of Burns's cinematic style, weaving together archive photographs, film and masterly narration. In particular, Samuel L. Jackson imbues Johnson's own words with just the right blend of pride and defiance. Visual highlights include actual footage of the Jeffries fight, and Johnson's later bout with Jess Willard. The larger story of America's dark and troubled history with race comes into focus through this riveting biography of a remarkable man. To miss it is indeed unforgivable.