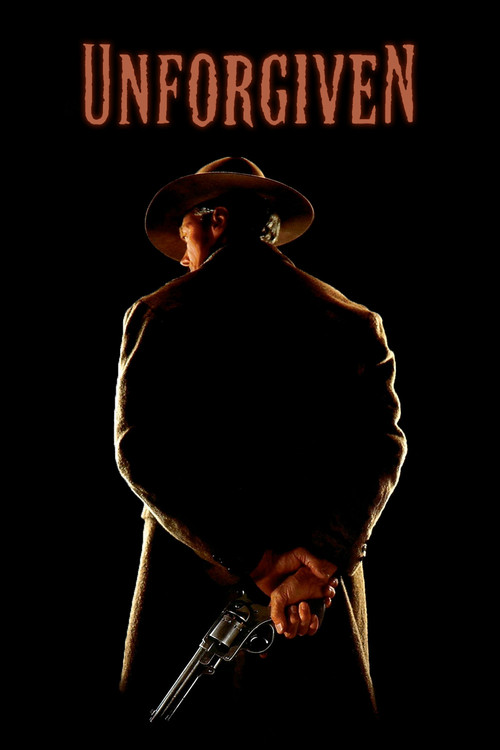 In the waning days of the West, one drunken, nasty customer in the town of Big Whiskey brutally disfigures an innocent prostitute when she laughs at the wrong moment during their encounter. When brutal, corrupt Sheriff "Little Bill" Daggett (Hackman) lets the man off with little more than a slap, the girl's colleagues decide to raise a bounty for the culprit. Learning this, long-retired gunslinger Will Munny (Eastwood), whose pig farm is failing, resolves to pick up his weapon once again, and old friend Ned Logan (Freeman) goes along for the ride.

The craggy, mellowing Eastwood directs himself admirably in this scenic, first-class oater, which strikes an ideal balance between character piece and action film as it portrays a rapidly changing way of life. Nominated for nine Oscars, "Unforgiven" nabbed four, including Best Picture and Best Director for Clint, and a Best Supporting Actor award for Hackman, whose Daggett is deliciously despicable. Look too for the late Richard Harris in a showy turn as one "English Bob," a self-aggrandizing old gunslinger who gets on Daggett's bad side. One of our finest Westerns, this was the movie that ushered in an illustrious new chapter in Eastwood's career.