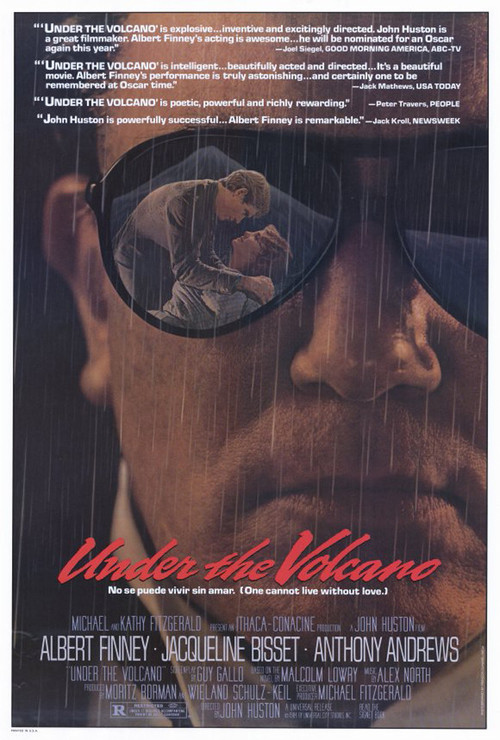 On the Day of the Dead in Cuernavaca, Mexico, fallen British diplomat Geoffrey Fermin (Finney) lolls away the day drinking himself into a profound alcoholic stupor, knowing his self-destructive booze habit will ultimately kill him. Refusing the assistance of his half brother, Hugh (Andrews), and rebuffing the conciliatory efforts of his estranged wife, Yvonne (Bisset), who has returned to patch up their marriage, Fermin prepares for the last act of his life.

A sterling adaptation of Malcolm Lowry's confessional novel, "Volcano" boasts Finney in a difficult but unforgettable role ("Hell is my natural habitat!" he bellows at one point), ably supported by the dreamy and woefully underrated Bisset. Mexican lensman Gabriel Figueroa ("Los Olvidados") enhances the film with a redolent sense of place and creeping destiny, outfitting the environs with death's heads and other morbid decorations. A legendary boozer himself, Huston gives Fermin's demise a proper, poetic resting place in his own distinguished pantheon.