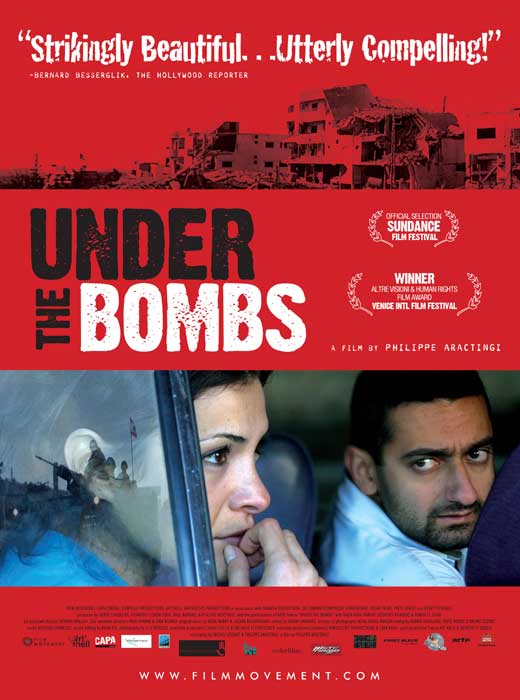 During a ceasefire in Israel’s air war against Lebanon in 2006, upper-class Muslim divorcee Zeina (Farhat), just arrived in Beirut from Dubai, desperately seeks a ride to blockaded South Lebanon, stronghold of Hezbollah and the most ravaged area of the country. Only Tony (Khabbaz), a wise-cracking Christian cabbie, agrees to help her. Tense and aloof as Tony attempts to make small talk, Zeina finally reveals that’s she’s looking for Karim, the young son she’s left in the care of her sister.

Filmed in devastated parts of Lebanon immediately after the 2006 summer war between Hezbollah and Israel, this of-the-moment docu-fiction road movie creates high drama from real-life tragedy. Working from a semi-improvised script, Farhat and Khabbaz bring an emotional authenticity to their repartee, especially as they draw nearer to the danger zone, and the truth they will find there. Director Aractingi also works in heartbreaking testimony from actual victims of the bombings. Don't miss this tense, riveting film.

Under the Roofs of Paris