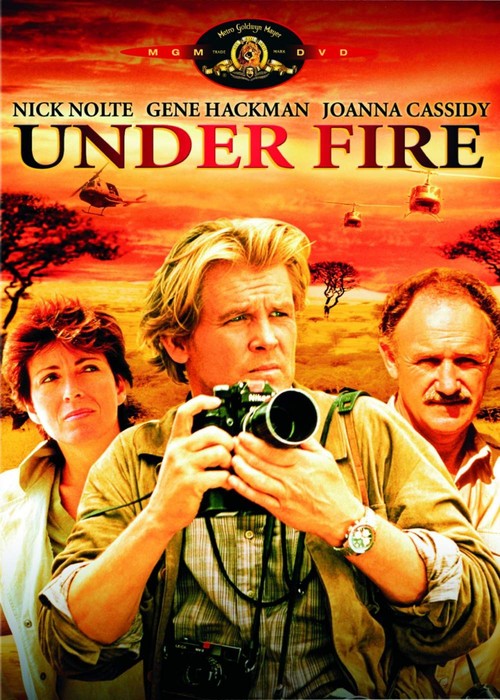 During an excursion to Chad, combat photographer Russell Price (Nolte) meets Claire (Cassidy), a dogged American radio journalist who's on her way to war-torn Nicaragua, where Sandinista rebels are fighting to overthrow the corrupt, US-backed Somoza regime. Attracted to Claire, whose ambitious boyfriend Alex (Hackman) is returning to the States and a possible TV-anchor job, Russell decides to tag along. Together, they enter the crossfire of a conflict that will change them both in unexpected ways.

An engrossing, still timely drama about the role of the news media in covering violent political conflicts, "Fire" asks us to consider the ethics of objectivity, dramatizing the political transformation of a man who, in an act of journalistic deception, chooses to choose sides. Nolte is excellent as Price, the rugged veteran who experiences a change of heart behind rebel lines, while Cassidy, Hackman, and Ed Harris, playing a steely soldier-for-hire, add further fuel to this "Fire" with gutsy supporting roles. A tense object lesson in the dangers of eyewitness reporting.