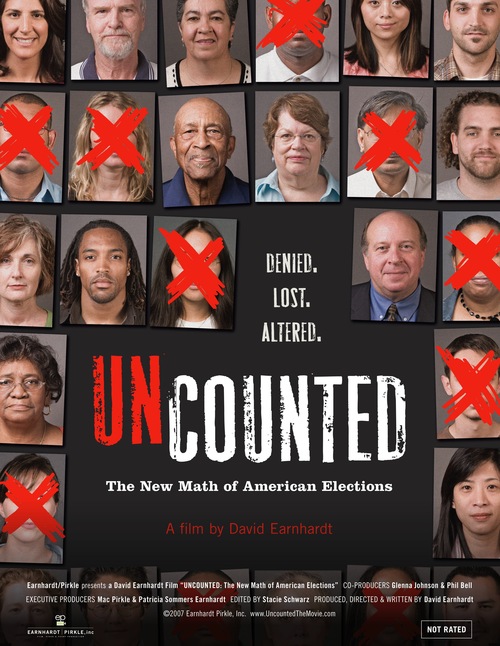 Did fraud play a large role in the 2004 and 2006 elections? How easy is it to undermine the American electoral process, anyway? Emmy-winning filmmaker David Earnhardt speaks with computer technicians, election officials, statistics experts, and journalists about the flaws in our system, the electronic voting-machine debate, and a disturbing legal case that resulted in a felony conviction for a whistleblower.

This strenuously argued, eye-opening political documentary contends that voting-machine companies, politicos, and others are pulling the wool over our eyes when it comes to maintaining the integrity of our political system, and Earnhardt presents loads of evidence and talking heads to support his disturbing thesis. Most chilling are the stories of Chris Curtis, a right-wing programmer ordered to make “flip-vote” software at the behest of a Florida rep and Bruce Funk, a Utah county clerk who lost his job for reporting that he found grave security flaws in Diebold voting machines. Earnhardt digs deeper, too, mounting a case for why we need a grassroots effort to correct this problem, and why those notorious “hanging chads” might not be such a bad thing after all.