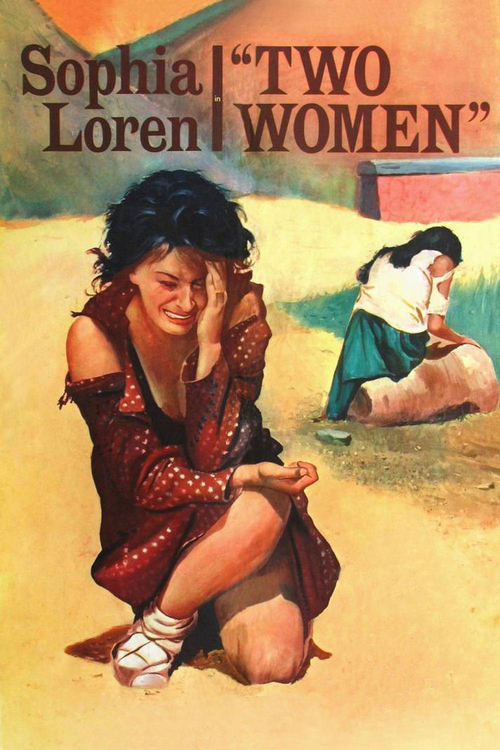 Seeking a reprieve from Allied bombings of her Roman neighborhood, lovely widowed shopkeeper Cesira (Loren) and her teenage daughter Rosetta (Brown) trek through the countryside to Cesira's birth town, where locals curse the fascists and wait for war to end. Rosetta falls in love with handsome, leftist intellectual Michele (Belmondo), who dotes on Cesira and acts as protector to mother and daughter. When fleeing German soldiers arrive in the beleaguered town and force Michele to act as their guide, it sets in motion a tragic chain of events.

De Sica's collaboration with screenwriter Cesare Zavatinni ("Bicycle Thieves," "Umberto D") on this absorbing, humanistic story of survival and shattered innocence in war-ravaged 1943 Italy takes the peasant-eye's view of international conflict. Taking a role once intended for Anna Magnani, sex kitten Loren won a much-deserved Oscar for her soulful, hand-wringing performance as a mother trying to shield her devout daughter, memorably played by Brown, from the ugliness of a world in chaotic disrepair. Their scene together in a church filled with marauding Allied "liberators" remains one of the most harrowing of De Sica's career. (Note: currently none of the DVD editions has a reproduction standard worthy of the film; yet in this case the film itself is so strong, we're showcasing it anyway.)

Two for the Road