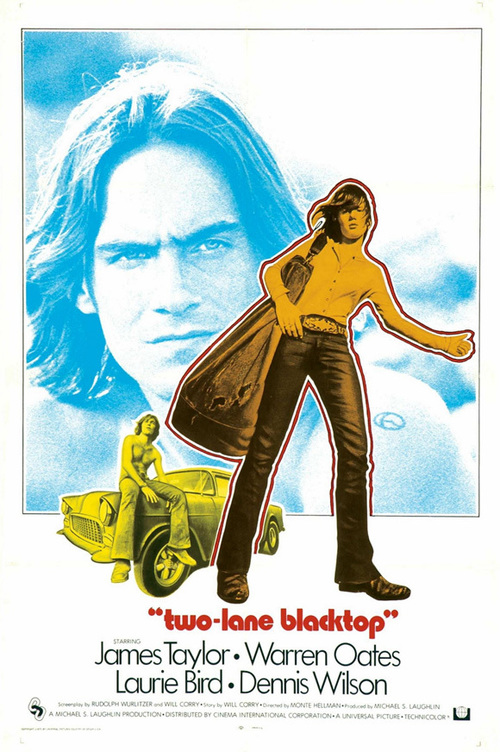 Traveling throughout the Southwest in their souped-up '55 Chevy, two dead-faced young men, a nameless driver (Taylor) and his mechanic (Wilson), are challenged to a cross-country race by GTO (Oates), a man who drives a newly minted Pontiac of that model. Uninvited but along for the ride is a drifter girl (Bird) who hops a ride just for the hell of it.

Monte Hellman may have been hired to direct a hot-dogging road picture that would appeal to car lovers and soda-slurping teens, but instead he made this low-gear cult film starring two of 1971's hottest young pop stars, hippie crooner James Taylor and Beach Boy Dennis Wilson. Though a trifle skimpy on plot and character motivation, "Blacktop" makes up for these lapses with its searching, almost documentary-like appraisal of roadside venues, locales, and people. If you dig the alienating emptiness of the open road and all that implies about early '70s America, rev up "Two-Lane Blacktop."