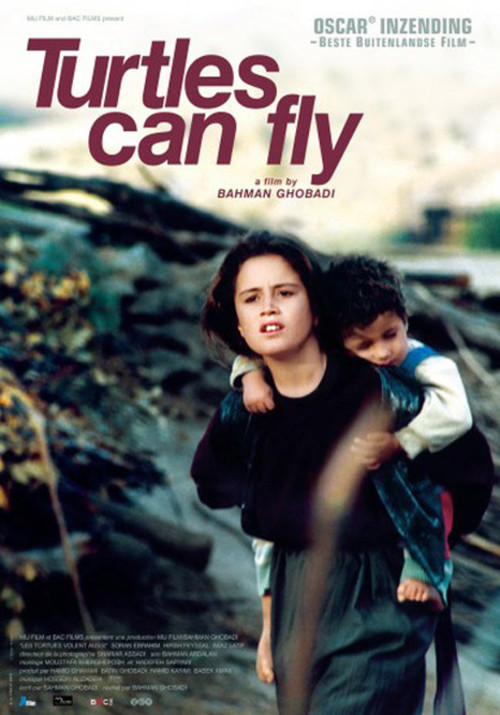 Set in a Kurdish refugee camp on the Iraqi-Turkish border a few weeks before the 2003 US invasion, this intense drama trails Satellite (Ebrahim), a bossy, tech-obsessed 13-year-old who leads a scroungy gang of children and sets up TV reception for local villages anxiously awaiting news of the imminent war. Smitten by Agrin (Latif), an orphaned girl newly arrived from Halabja, Satellite goes out of his way to help her, but finds his authority challenged by her brother Henkov (Hirsh Feyssal), an armless landmine survivor who can predict the future.

Few films can match the dazzling visuals and heart-wrenching storyline of Ghobadi’s unforgettable Oscar-nominated drama, which spins a tender, engrossing tale about the costs of war from the perspective of three Kurdish children. Newcomer Ebrahim is completely fearless playing the likable, charismatic Satellite, while nonpros Latif and Feyssal are devastating as war-brutalized siblings toting a handicapped, unwanted child born of rape. Harsh yet compassionate, “Turtles” is filled with potent, resonant images: a blind toddler seated in a mine field; Agrin swigging kerosene to numb a toothache; the maimed Henkov defusing a mine with his teeth. A beautiful, hypnotic work of film poetry.