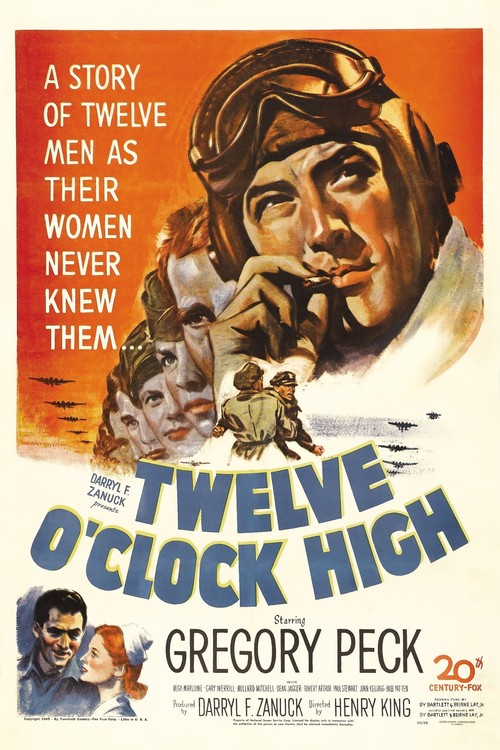 When the performance of a compassionate commanding officer (Marlowe) is compromised by the emotional effects of high casualties, leadership of an air squadron doing daylight runs against the Nazis is passed to Brigadier General Frank Savage (Peck), who vows to toughen up the group. However, over time he, too, comes to feel the strain of sacrifice and exhaustion in this most critical and intensive operation of the war.

This lean, gripping movie exposes with unblinking clarity the mental and emotional toll of warfare. Peck gives one of his best performances as Savage, a man whose ruthlessness is seen not only as necessary to victory, but as a way to cope with the unspeakable waste of war. The challenge is maintaining that discipline within the day-to-day reality of young men pushed beyond their limits to kill and destroy. A perceptive, understated war film, with actor Dean Jagger a stand-out as Savage's wise adjutant, Major Stovall -- he earned an Oscar for his work.