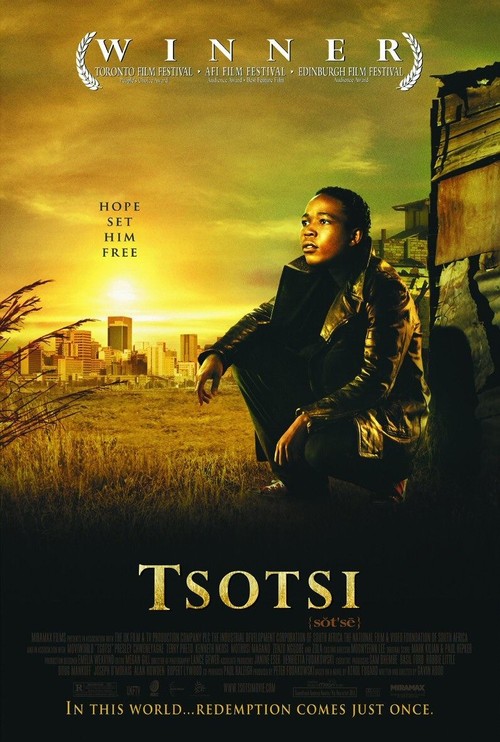 Tsotsi (Chweneyagae) a young hood with his own small gang in the slums of Johannesburg, may look like a boy, but is brutal when crossed. After committing a violent car-jacking, Tsotsi discovers an unexpected package in the back-seat, one which inspires an equally unlikely attempt to forge some sort of hopeful legacy in a grim, unforgiving world.

Based on a novel by Athol Fugard, Gavin Hood's raw, searing film brings off a tricky premise with just the right balance of sensitivity and force, as the discovery of a baby rekindles in a supposedly hardened thug long-suppressed feelings of humanity and an instinctive desire for redemption. Chweneyagae's complex, astonishing performance provides the film's focal point, and this, combined with Hood's assured pacing and direction, helped net "Tsotsi" a richly deserved Oscar for Best Foreign Language Film. A real stunner.