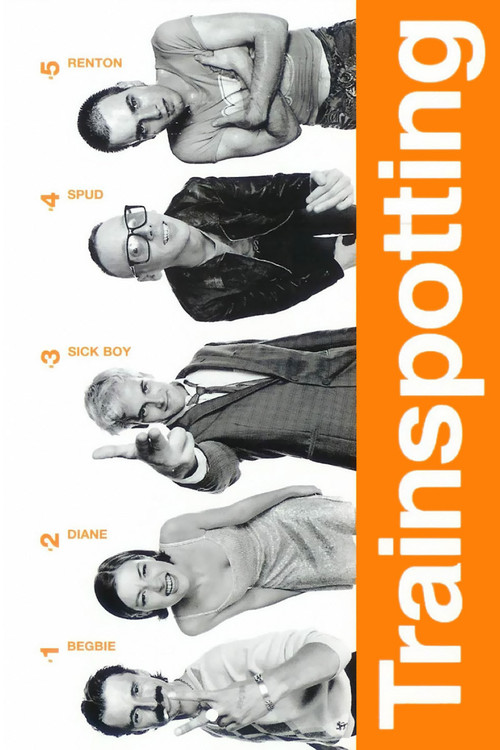 Renton (McGregor) is a heroin addict in Edinburgh who can’t quit the habit, or for that matter, his motley band of fellow addicts: Spud (Bremner), a dim-bulb loser, Sick Boy (Miller) a slick customer who just wants to deal and pick up ladies, Tommy (McKidd), a soccer-obsessed fitness freak, and Begbie (Carlyle), a psychopathic bruiser. After interludes ranging from the comic to the life-threatening, Renton finally moves to London to straighten himself out. But his past — and his old pals — eventually catch up with him, and he’s seduced back towards a life of drugs and crime.

Danny Boyle’s second feature explodes onto the screen with dynamic shots of running feet and the pulsating sounds of Iggy Pop. Even once the action slows down, the director’s flair is evident in his use of music, vibrant cinematography and inspired depictions of hallucinogenic drug trips. Memorable scenes include Renton’s interaction with the “worst toilet in Scotland,” as well as his near overdose, poetically juxtaposed with Lou Reed’s “Perfect Day.” This is a film that doesn’t so much explore a lust for life as a lust for non-life. McGregor gives a standout performance among a host of talented young actors who animate Irvine Welsh’s kinetic, humor-laced, gut-wrenching novel. Fans of gritty drama should catch “Trainspotting.”