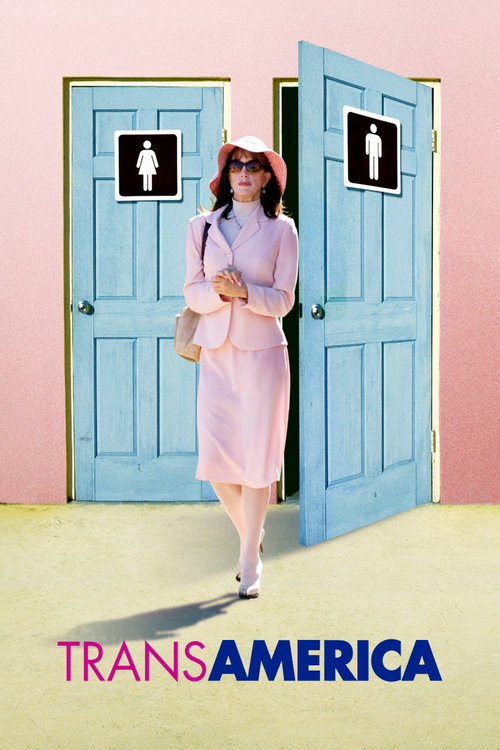 Just a week before pre-operative transsexual Bree Osbourne (Huffman), formerly Stanley, is about go under the knife to complete her male-to-female transformation, she learns she has a 17-year-old son named Toby (Zegers), who's in trouble with the law. Encouraged by her therapist Margaret (Peña) to come to grips with her past, Bree bails Toby out of jail, saying she's a Christian caseworker assigned to help him. She then takes Toby on a cross-country road trip to Los Angeles, with some interesting and revealing stops en-route.

Expertly handled by first-time director Tucker, this touching, bittersweet film belongs to a tradition of beautifully observed movies about non-traditional American families. Huffman is riveting to watch, especially in the scenes with her disapproving mother, Elizabeth (Flanagan). But it is her rapport with Zegers, perfect as the troubled, miserable Toby, that gives the film its heart and soul, especially as he mistakenly believes Bree is just a do-gooder — not his actual father. Their trip — so often the arc of growth in great road films — is mutually nourishing and eye-opening. Settle in with "Transamerica" for a frank, heartfelt outing.