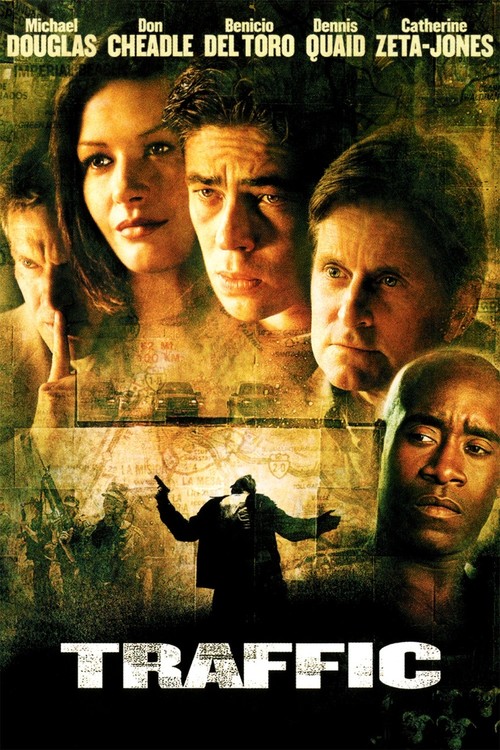 Scripted by Stephen Gaghan from an acclaimed BBC miniseries, Soderbergh's Oscar-winning "Traffic" is a hard-hitting, superbly stylized exposé of the war on drugs. Visually slick and masterfully directed, the film works beautifully as an ensemble drama of interconnected vignettes. It also serves as a harsh wake-up call to parents, educators, and clueless officials, highlighting the insidious ways illegal narcotics infiltrate the culture, and the mostly ineffective means we have of rooting them out. "Traffic" is a disturbing, exhilarating reality check that'll keep you hooked.