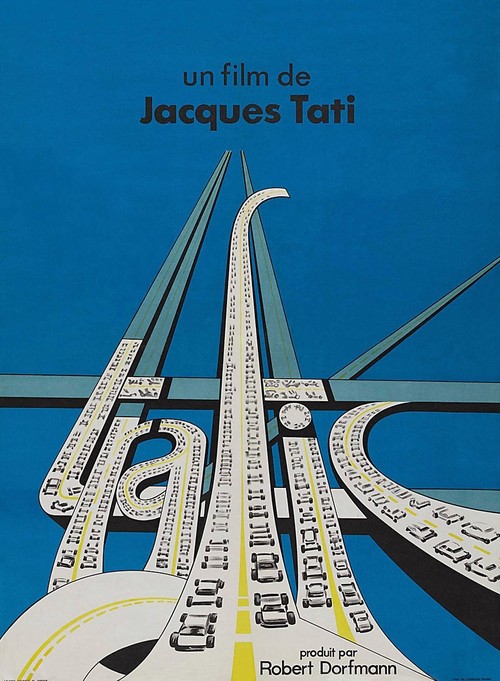 What should be a simple road trip from Paris to Holland for auto designer M. Hulot (Tati), who’s planning to debut his company’s new, everything-in-one camper at an international car show, turns into a comical side show of break-downs, fender benders, traffic snarls, and freeway pileups. With a driver (Fravel) and a pretty American publicist (Kimberly) in tow, the hapless Hulot’s misadventures quickly mount.

Coming on the heels of his brilliant “Playtime,” Tati’s trans-European road farce pokes fun at the absurdity of car culture through the dunderheaded odyssey of M. Hulot, Tati’s perennially naïve, out-of-place alter ego. In all, “Trafic” is an engine-throttling marvel of nutty visual stunts and cockamamie French wit, with more than a hint of Chaplin-esque cheek.