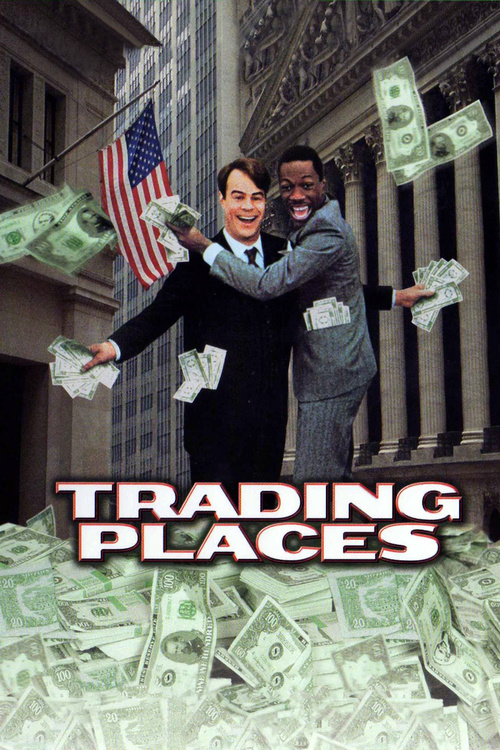 Wealthy, crusty brokers Randolph and Mortimer Duke (Ameche and Bellamy) make a wager to test their theories on genetics versus environment, arranging to switch identities between uber-WASP Louis Winthorpe (Aykroyd), who manages their firm, and street con-man Billy Ray Valentine (Murphy). Suddenly, Louis finds himself homeless and wanted by police, while Billy Ray's in the pink. The comic madness escalates from there.

"Animal House" director Landis scores again with this zany comedy that recalls the divine screwball outings of the 1930s (which, incidentally, cast members Bellamy and Ameche both populated). Aykroyd's turn as the ultimate upper-class twit is a riot, but the movie still belongs to Murphy. His Billy Ray is such an appealing, silver-tongued rogue that you totally get why the Dukes would bet their brokerage house on him — and why this performance would make Eddie a bankable movie star overnight. Jamie Lee Curtis is also winning as Ophelia, the hooker with a heart of gold.