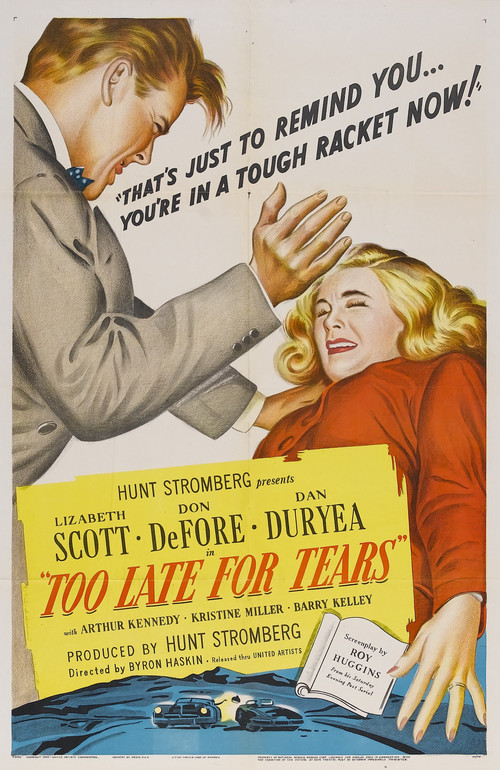 Too Late for Tears

After someone mistakenly dumps $60,000 in stolen cash into the back seat of bickering couple Jane and Alan Palmer (Scott and Kennedy) one night as they're driving to a party, Jane convinces Alan not to report the incident, hoping to keep the money. Being an honest man, he soon balks. Then sleazy operator Danny (Duryea) shows up claiming the stash for himself, prompting Jane to demonstrate just how far she's willing to go to hang onto the loot.

Haskin's clever, intriguing noir thriller concerns murder, betrayal, and cruel twists of fate. Scott sizzles as the shrewish, manipulative wife who sees the stolen loot as her ticket to easy street; unfortunately, Kennedy's upstanding Alan doesn't see eye to eye with her, and pays the price. Under Haskin's taut direction, B-movie veteran Duryea holds his own against Scott's cold-blooded femme fatale, at least until she reduces the hard-boiled crook to a blubbering mess of manhood. "Too Late for Tears" is a sharp, cynical tale of unrepentant avarice.