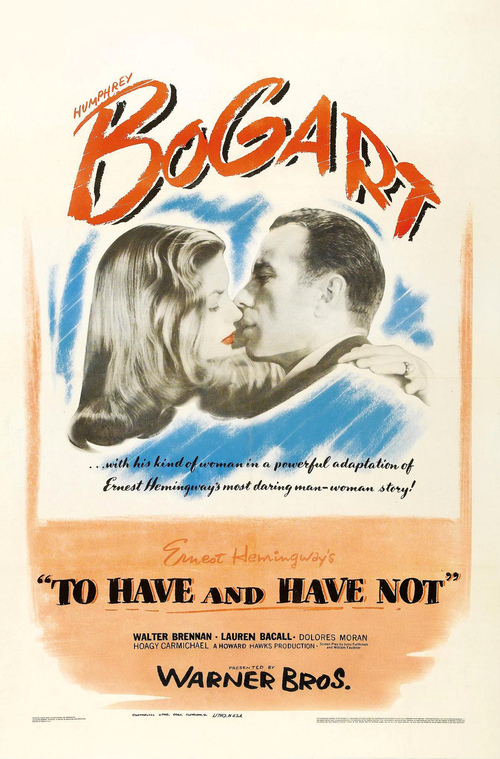 To Have and Have Not

Harry Morgan (Bogart), an American skipper in Martinique during the World War II, seems like the self-interested type, but ultimately shows his true colors by aiding the Free French. Still, this risky bit of intrigue is mere pretext for the smoldering romance that ignites on- (and off-) camera between Morgan and alluring chanteuse Marie (Bacall, then just 19).

Reportedly, it all started when Howard Hawks wagered Ernest Hemingway he could make a hit movie out of his worst novel, and the author took the bet. Once you watch "To Have and Have Not" (1944), you'll know Hawks won. Still, the only elements Hawks keeps from the book are the title, the hero's name and the fact that he makes his living on the sea. Nevertheless, the film remains a gripping adventure tale with standout performances from the stars and supporting players Walter Brennan and Hoagy Carmichael. Above all, it's very much a romance: watch the famous "Just Whistle" scene. Bogie and Bacall fell in love on-set, and wed soon after.

To Kill A Mockingbird