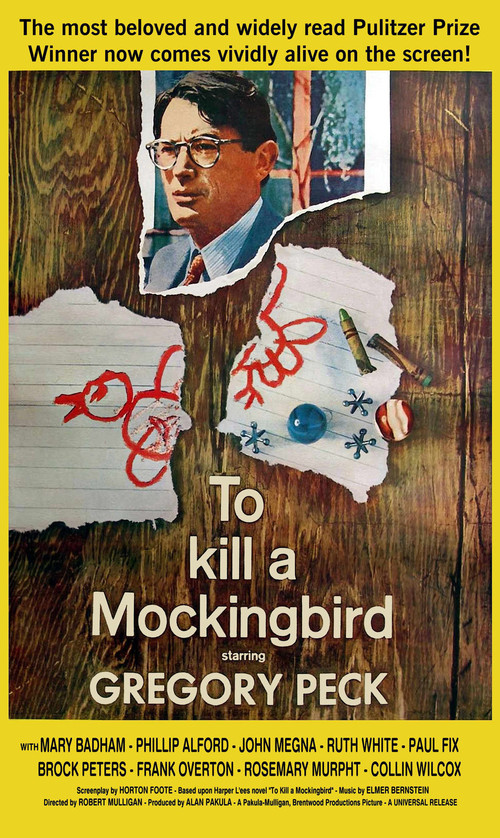 To Kill A Mockingbird

Atticus Finch (Peck), a widower and small-town lawyer in the Depression-era south, bravely defends Tom Robinson (Peters), a black man accused of raping a white girl, which generates seething resentment in the community. Still Atticus stands tall and does his duty. His two children, Scout (Badham) and Jem (Alford) can only look on in wonder. In their spare time, they also work to unravel the mystery of Boo Radley (Duvall), the supposedly crazy man who lives nearby.

A film that speaks volumes about ignorance and racial intolerance in our country's recent past, this enduring classic, based on Harper Lee's acclaimed book, also offers a perceptive and deeply moving study of the relationship between two children and their single-parent father, with much of the action seen through young Scout's eyes. The child actors give affecting, natural performances — young Badham in particular is a standout — and Peck deservedly won the Best Actor Oscar in the role of his career. This should be required viewing for all children 12 and over. Seen once or twenty times, this "Mockingbird" always soars.