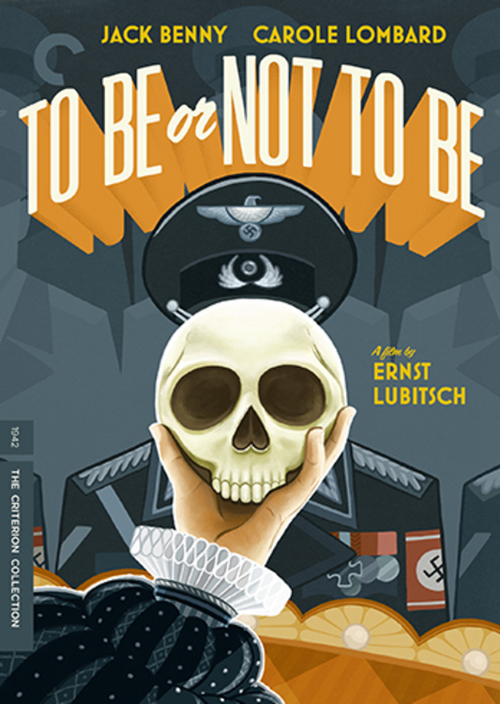 To Be or Not To Be

Husband-and-wife thespians Maria and Joseph Tura (Lombard and Benny) are minor stage celebrities in their native Warsaw, where they've been rehearsing an anti-Nazi play in addition to nightly performances of "Hamlet." Then Hitler invades, and the house lights go dark. But when an ardent fan of Maria's, Polish fighter pilot Stanislav Sobinski (Stack), secretly returns from the Allied side in England, he sets in motion some juicy off-stage intrigue, whereby the Turas and their troupe must outwit a Gestapo spy with plans to crush the Resistance.

Criticized for satirizing the raging war in Europe on its release in 1942, Lubitsch's clever, spirited, often side-splitting farce doubled as a tribute both to the Polish resistance and, quite ingeniously, to the mighty art of play-acting. Benny, in his best-remembered film role, is terrifically funny as "that great, great actor" Joseph Tura, especially playing opposite Sig Rumann (as a Nazi colonel), and a young Robert Stack, the love-struck lieutenant whose cue to tryst with Maria is the first line of Hamlet's soliloquy. Tragically, this marked Carole Lombard's final screen appearance (she was killed in a plane crash flying home from selling war bonds later that same year). This gifted comedienne gives a grand farewell performance under Lubitsch's inspired direction.

To Catch a Thief