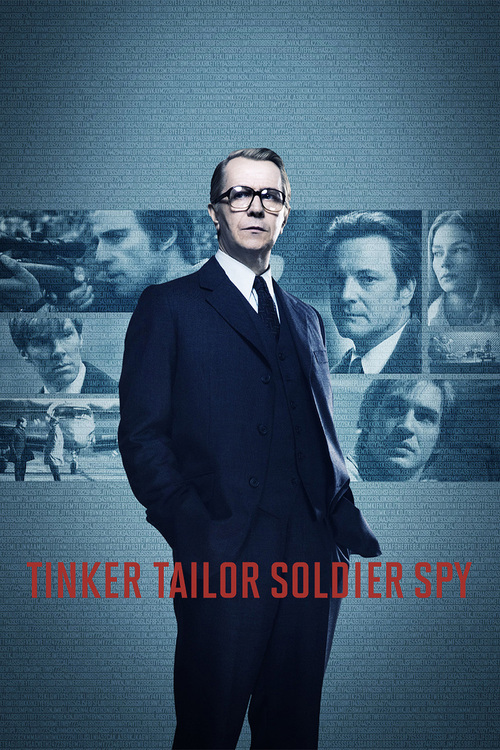 In the early 70s during the Cold War, Control (Hurt), Head of British Intelligence, suspects that a mole is handing information to the Russians via a covert operation called Witchcraft. When an overseas venture goes wrong, Control and his right-hand man George Smiley (Oldman) are ousted from the agency. A year later, a British operative named Tarr (Hardy) comes in from the cold and confirms Control's suspicions. Smiley is recruited to investigate. With the help of inside man Guillam (Cumberbatch), Smiley starts an investigation into Witchcraft and his former colleagues, including Alleline (Jones), Esterhase (Dencik), Bland (Hinds), and Haydon (Firth).

After a thirty year career, Oldman received his first Oscar nomination for his role as taciturn company man Smiley, a role originated by no less a light than Alec Guinness. Oldman's restrained, intelligent performance serves to anchor this whip-smart espionage thriller, whose labyrinthine plot rewards repeat viewings. The film's brownish palette (courtesy of D.P. Hoyte Van Hoytema) evokes the feeling of 70s Britain, and complements all the dense spy-speak and Cold War maneuvering. No surprise: the supporting cast of British acting aristocracy is faultless. Based on John Le Carre's celebrated novel, which sprang from his years in the real world of the Secret Service, this intricate, mind-bending whodunit does full justice to the shadowy world it portrays.