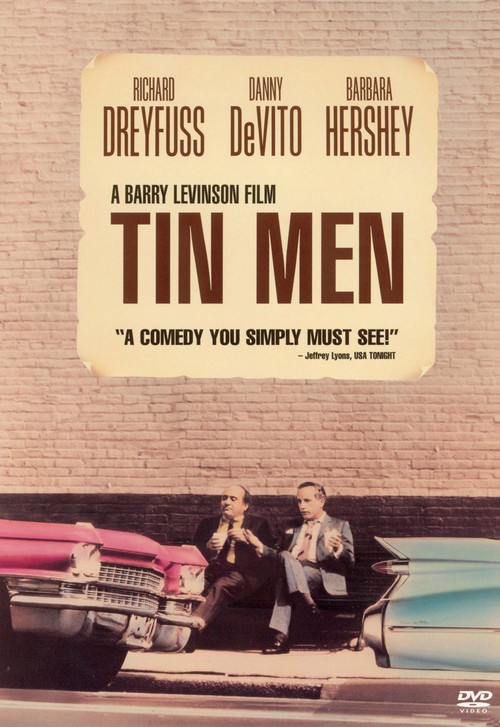 Bill "B.B." Babowsky (Dreyfuss) and Ernest Tilley (DeVito) both sell aluminum siding in 1963 Baltimore, but that's where the similarities end. B.B is smooth, neat, and a consummate salesman, while Ernest is rougher around the edges and in a slump. When these two meet via a fender-bender, a long-running feud begins, changing both men's lives and reverberating through the local siding industry.

Levinson’s second homage to his hometown of Baltimore (after the superb “Diner”) is a vivid, side-splitting movie with terrific star turns and ensemble playing. Both Dreyfuss and DeVito go to town as stylistic opposites and natural adversaries, with John Mahoney, Seymour Cassel, and Bruno Kirby (among others) lending priceless support as fellow tin men on both sides of the conflict. Only Barbara Hershey feels miscast as Ernest’s fed-up spouse, but fine actress that she is, she makes the best of it. A winning comedy with plenty of soul and heart, “Tin Men” is pure gold.