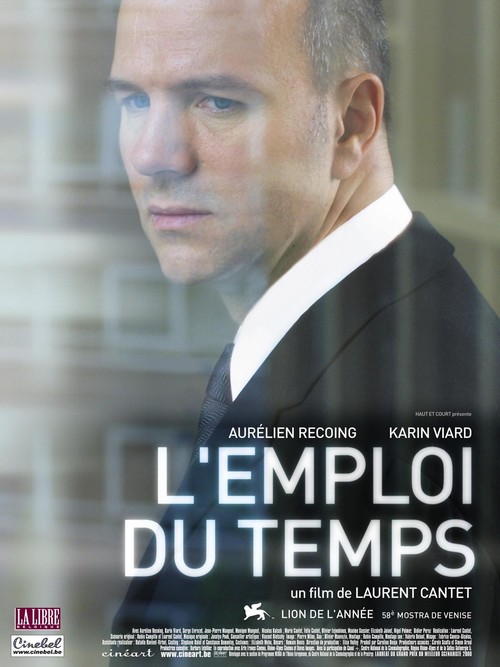 Vincent (Recoing), a supposedly prosperous businessman, leads a secret life built on a tissue of lies. He tells family and friends of his promotion to a senior position in a new company, but the truth is he's unemployed, debt-ridden, and unable to halt a pathetic, self-destructive masquerade. He spends his days driving around in his car, sneaking into office buildings to watch others at work. Though his wife Muriel (Viard) senses that something's off with her husband, she can't conceive of what he's really up to. How will it all end?

Director Cantet's creepy, disturbing character study is appropriately shot with the feel of a docu-drama, which puts us uncomfortably close to one deluded, increasingly desperate character. The balding, sad-sack Vincent has "loser" written all over him, and actor Recoing delivers such a nuanced portrayal that one minute we're pitying him, and the next condemning him. Still, in his sad plight lies a universal truth about the human condition: our fear of failing, both ourselves, and others. Take time out to watch this mesmerizing, cautionary tale.