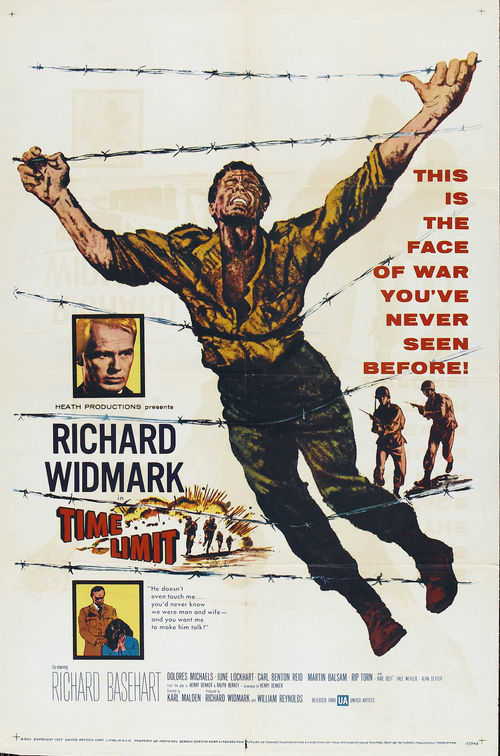 New York–based Army investigator Col. William Edwards (Widmark) has been handed a court-martial case that seems open and shut: Maj. Harry Cargill (Basehart) has been accused of treason by U.S authorities and the men he lived with for months in a North Korean POW camp. He doesn’t deny the charges, flatly admitting, through gritted teeth, that he helped aid and abet the enemy in their propaganda efforts. But something about Cargill’s steadfast refusal to defend himself or even seek counsel bothers Edwards... and so he decides to investigate further.

The late actor Karl Malden came from the Elia Kazan school of theatrical realism, and in his one outing as director, he proves it, fashioning a riveting melodrama about blackmail, brainwashing, and the Communist scourge. Widmark is credible and charismatic as the dedicated solicitor digging for the truth, playing nicely off Basehart’s tightly wound, emotionally wounded Cargill. Great support work from June Lockhart, Martin Balsam, Carl Benton Reid, Dolores Michaels, and a young Rip Torn as an edgy witness complete the high-caliber roll call of players. Don't miss this fine, underexposed chamber drama that asks the sticky question: just how far should an officer go in his sworn duty to protect his men?