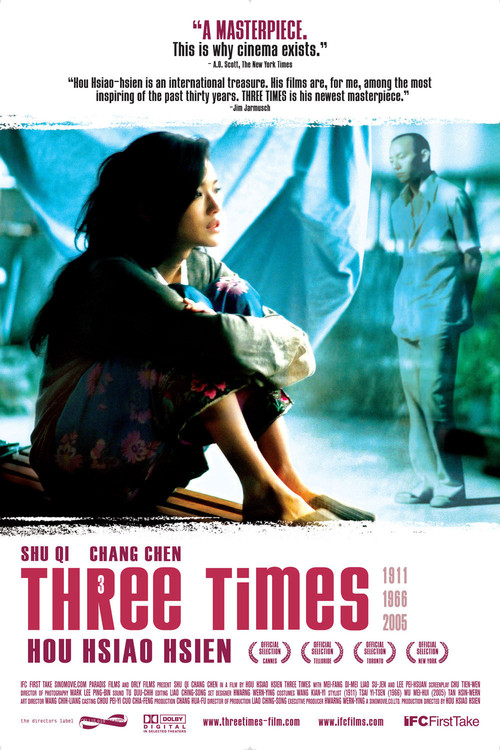 Set in three different time periods, this film follows separate stories about a pair of lovers: In the mid 1960s, a shy enlisted man (Chang) falls for a gorgeous pool-hall girl (Shu). Then, during a politically tumultuous era in 1911 China, a lovelorn madame (Shu) tries to constrain her passion for a male confidante (Chang). And in 2005 Taipei, an angry young bisexual singer (Shu) embarks on a torrid affair with a photographer (Chang).

The brilliance of Hou's magnificently gorgeous meditation on love and longing, of course, is the conceit of using the same two actors in each sequence. And you couldn't ask for better performers than Chang and Shu, who are captivating regardless of the age they're portraying, particularly in the nostalgic, near-wordless “A Time for Love” segment, steeped in a sultry 60s atmosphere. Hou's other brilliant stroke is to make the next part, which unfolds in a brothel during the Japanese occupation of Taiwan, a short silent film, with hypnotic music and title cards. Taken as a whole, “Three Times” is nothing short of a rapturous, romantic masterpiece in triplicate.