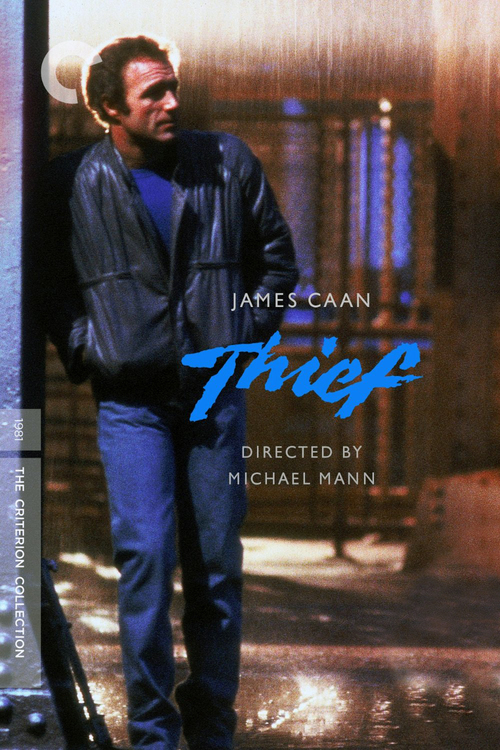 Hoping to marry girlfriend Jessie (Weld) and settle into a quiet family life, professional jewel thief Frank (Caan) — though used to working alone — agrees to sacrifice his independence for one final big score, a vault-cracking job in L.A. set up by syndicate boss Leo (Prolsky). But following the heist, Frank realizes that Leo has no intention of letting him walk into the sunset.

With its snazzy visual style and moody urban atmosphere, Mann's first film was a thrilling example of the director's unique approach to portraying tough-guy anxiety. In perhaps the finest lead performance of his career, Caan inhabits the role of the middle-aged gem snatcher with ease and even poignancy, as we watch his white-picket dreams go down the drain. Terrific performances by Weld, Jim Belushi (as Frank's accomplice), and Prosky, perfectly understated as the brutal Leo, help the movie achieve greatness. Plus, Mann's heist sequence is electrifying, and the throbbing Tangerine Dream score adds emotional depth. Steal a glance at "Thief."