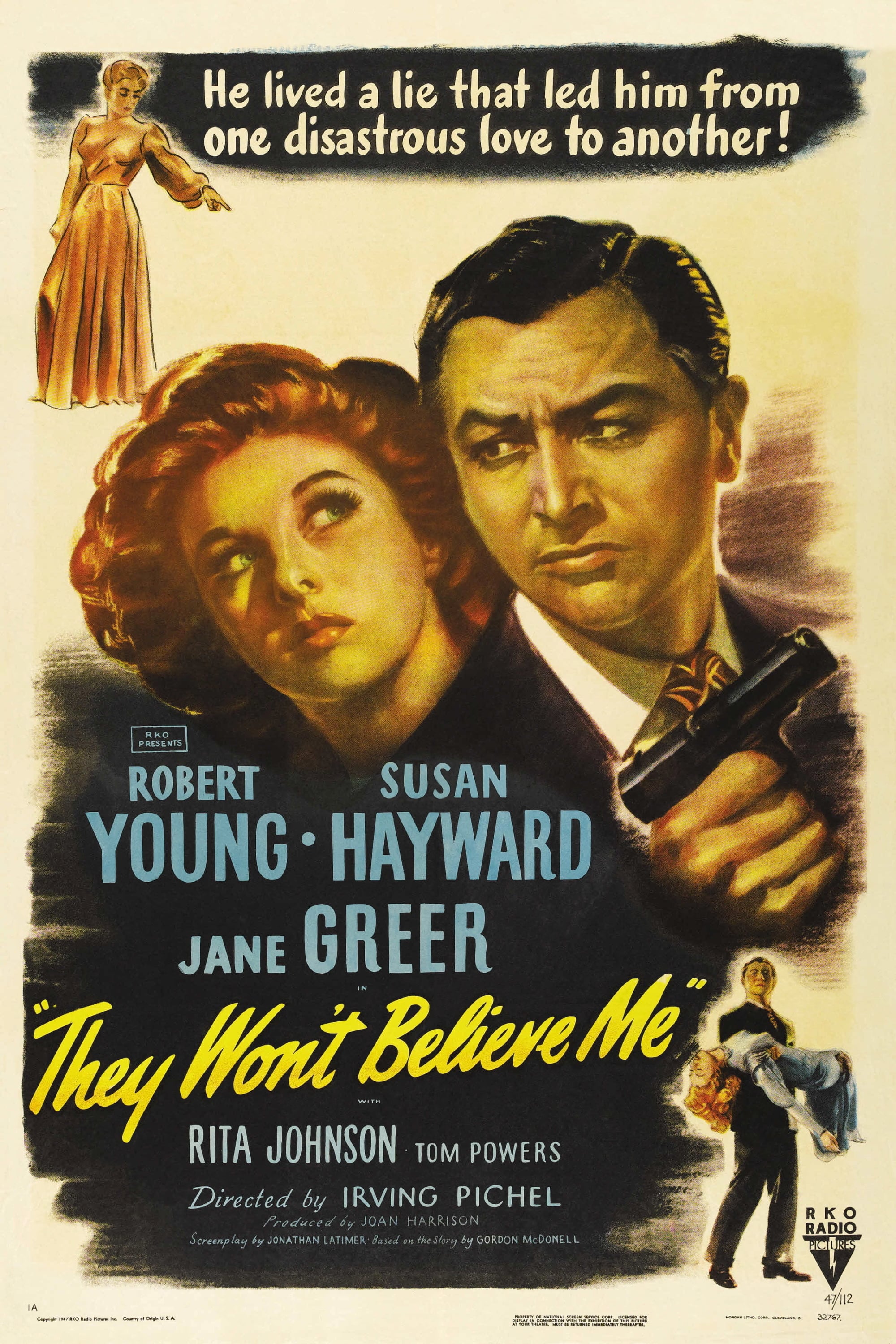 They Won't Believe Me

On trial for murder, spoiled, philandering ladies’ man Larry Ballentine (Young) must convince a skeptical jury that even though both his long-suffering wife Greta (Johnson) and lover Verna (Hayward) have ended up dead, he did not kill them. The story he tells via flashback is full of twists and turns, some a trifle far-fetched. Though Larry hardly comes across as a sympathetic character, his version of events demonstrates he’s not a murderer. But will the jury, or anyone else, believe him?

Tight, ingenious noir thriller benefits from a solid script and a superb starring turn from leading man Young, playing  against type. The actor famous for portraying the ideal Dad in the 1950s sitcom “Father Knows Best” (and later, the kindly doctor Marcus Welby) makes a surprisingly effective cad. His three female co-stars are equally strong, particularly a fiery young Hayward and Johnson, who underplays the tricky role of Larry’s rich, stoic wife. That nifty surprise ending is just icing on the cake. Here’s a noir you can believe in!