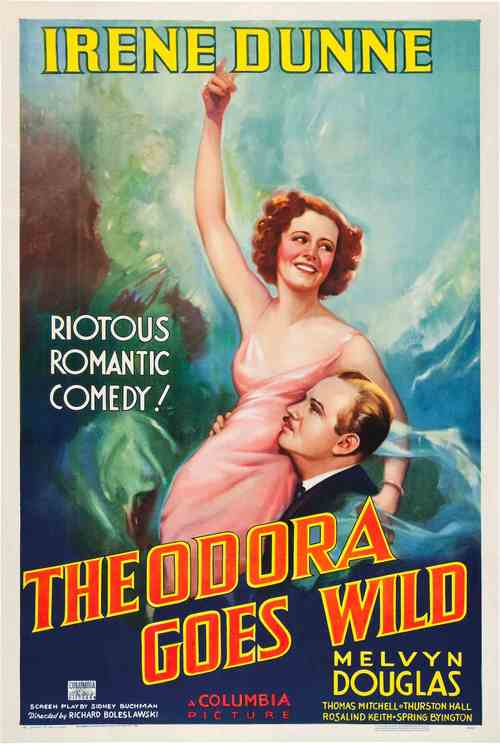 In her small Connecticut town, Theodora Lynn (Dunne) is a model citizen; she plays the church organ, teaches Sunday school, and lives with her two maiden aunts. But Theodora has a huge secret; unbeknownst to the pious townsfolk, she is the author of a scandalous book called "The Sinner" being serialized in the local paper. In New York City to meet with her publisher (Hall), she catches the eye of Michael Grant, the book's playboy illustrator (Douglas). He challenges her to experience the life she writes about... with shocking consequences!

With a reputation as a serious actress, Dunne's first comedic role rewarded her with an Academy Award nomination and a successful future in the genre (just the following year, she'd go on to appear opposite Cary Grant in "The Awful Truth," a bona-fide classic). In effect, she plays two roles here; the demure Theodora, and the wild Caroline Adams (her nom de plume), and particularly in the latter guise, her sparkle and mischievous manner keep this madcap romance bubbling along. The references to unwed mothers and philandering husbands actually snuck by the Hays Code even as they enraged the town prude, vividly played by Byington. Dunne is an absolute delight in this underrated screwball comedy, and the debonair Douglas keeps right up with her. Go wild and see it.

There Will Be Blood