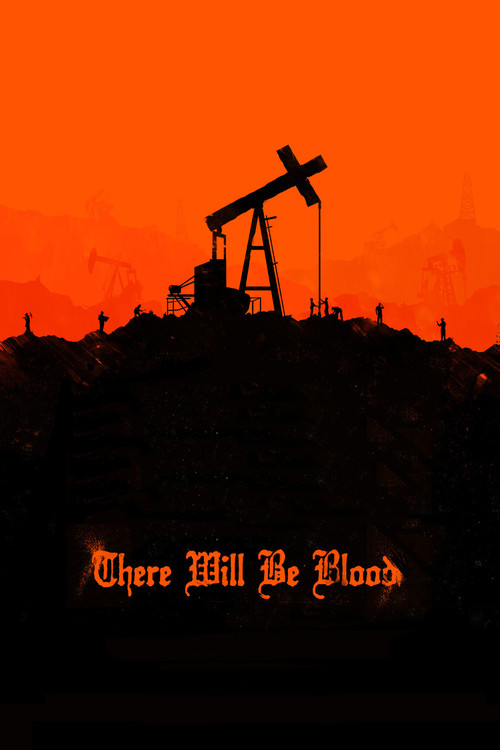 There Will Be Blood

At the height of the oil boom in fin de siècle America, miner Daniel Plainview (Day-Lewis) strikes black gold in Texas and slowly begins to build an empire. When he tries to buy up the rights to oil-rich land in a coastal California town, he's challenged by a fiery young preacher named Eli Sunday (Dano), who's out to clinch power for himself under the aegis of Christian piety.

As Plainview, Day-Lewis is an intimidating, intensely riveting, and at certain moments, deeply frightening force of nature in Paul Thomas Anderson's monumental epic of religion, greed, family, and primal capitalism, inspired by Upton Sinclair's "Oil!" But Dano holds his own, too, as the wily, ambitious Bible-thumper with whom Plainview clashes violently. The fluid tracking shots, petrol-spattered production design, shrieking score, and expansive locales all add to this film's tense, grinding conflicts. When the "Blood" flows, the effect is explosive.