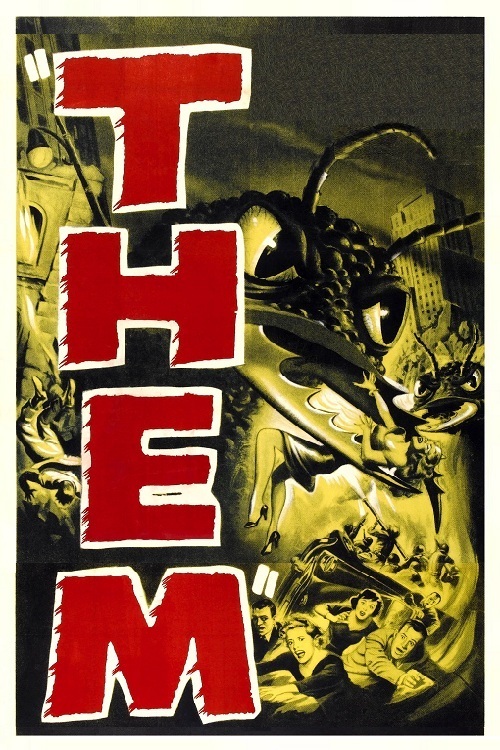 After a little girl is found wandering in the New Mexico desert uttering a single word — "Them!" — a state trooper (Whitmore) discovers a giant colony of 20-ft. ants, mutated by nearby atomic testing. Calling in FBI man Graham (Arness) and a father/daughter entomologist team (Gwenn and Weldon), they confront the monstrous creatures, hoping to prevent the destruction of Los Angeles.

Stories involving the mutation of people and animals through atomic radiation comprise a sci-fi sub-genre all its own, and "Them!" ranks as the best offering of the 1950s. Imagine, if you will, hordes of ants mutated to roughly the size of... well, bigger than a Buick. You would not want them invading your Sunday picnic. This terrifying (if unlikely) scenario engages thanks to solid direction, effects, and script, along with a sturdy cast, including the under-appreciated Whitmore and the cuddly Gwenn ( who played Santa in "Miracle on 34th Street"). Quintissential vintage sci-fi.