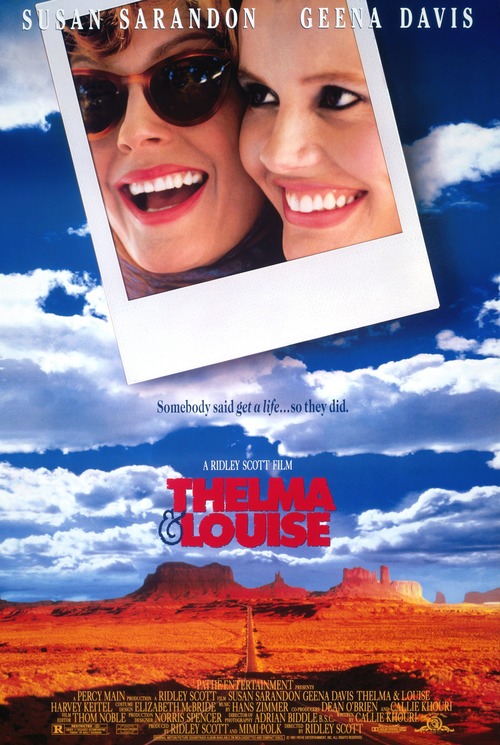 Looking forward to a fun weekend free of their respective men folk, hard-working waitress Louise (Sarandon) and gullible housewife Thelma (Davis) head out of town on what promises to be a rip-roaring camping trip. But after an ugly, life-changing incident at a roadhouse bar, the two gal pals become fugitives from the law, with only themselves to rely on.

Penned by Oscar winner Callie Khouri, Scott's road movie put a thrilling new spin on a well-worn genre, by injecting a refreshing current of working-class feminism into the multiplex mainstream. Sarandon and Davis have a soulful, wholly credible rapport, and both Harvey Keitel, as a sympathetic cop, and Michael Madsen are superb in support roles. Watch for Brad Pitt, too, in his film debut as a charming cowboy thief. For good reason, the film's dead-end at the Grand Canyon created a public furor: it's as radical an image of true sisterhood as you'll ever see.