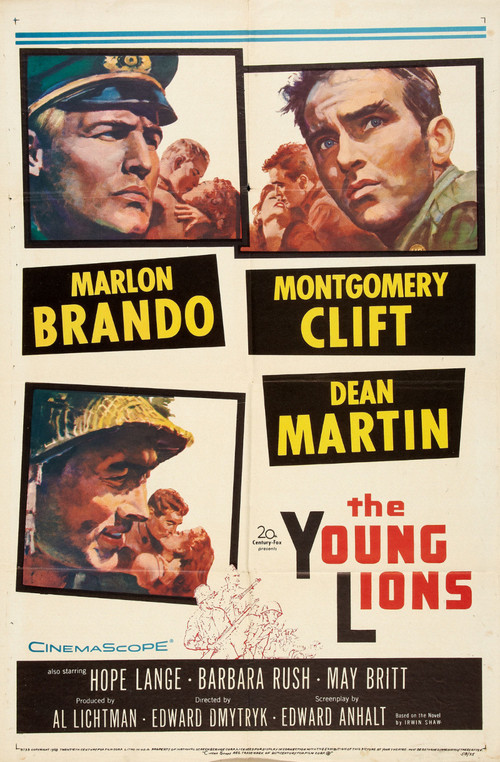 During WWII, singer Michael Whiteacre (Martin) and Jewish American Noah Ackerman (Clift) enlist and strike up a close friendship. Meanwhile, in Germany idealistic Nazi supporter Christian Diestl (Brando) joins Hitler's army and becomes an officer in the Wehrmacht. Over the course of the war, each man falls in love and confronts unpleasant realities. Ackerman battles anti-semitism among his own countrymen; Whiteacre feels guilt for getting a cushy assignment far from the front lines, and Diestl becomes increasingly disillusioned with Nazi brutality. Thus director Dmytryk explores the gray areas to be found in war, and in all human conflict.

Based on Irving Shaw's novel, Edward Dmytryk's perceptive rumination on love, war, loyalty, and fate is notable for offering one of the first three-dimensional portrayals of a Nazi character, courtesy of Brando, in a surprisingly understated mode. Clift's own turn as the proud, patriotic Jew is one of his shining moments on-screen, while Dino eased into his first serious screen role with assurance. Great support from Lee Van Cleef (as Clift's racist superior), the superb Maximillian Schell (as a cynical Nazi), and Hope Lange, Barbara Rush, and May Britt (as love interests) keep these "Lions" roaring.